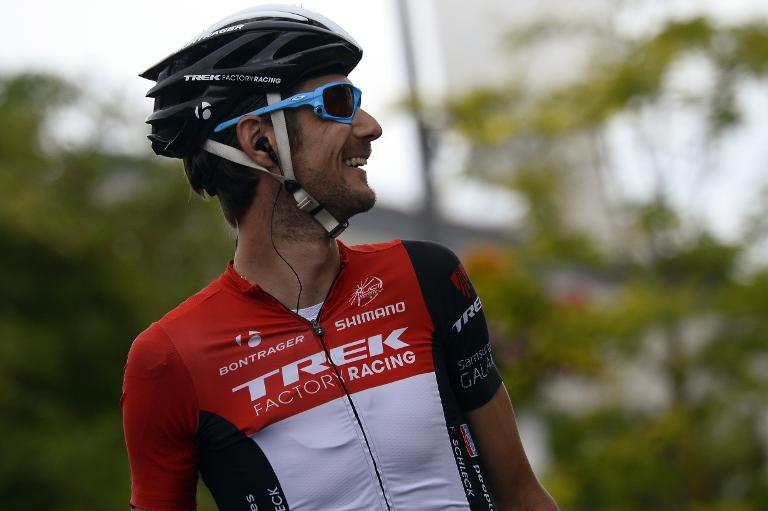 He is suffering from inflammation of a ligament and a problem with the bone.

“Chronic pain in the right knee has forced the management and medical staff of the team to pull Frank Schleck from the Tour de France roster,” said the Trek statement.

Schleck — whose now-retired younger brother Andy won the Tour in 2010 — was third in 2011, fourth in 2009 and fifth in 2008 but he has more recently found good results increasingly hard to come by.

But the Tour still remained a major objective for the Luxemburger, even if he had no chance of winning it.

“This is a big disappointment for me, of course, but it had been in the air for a while now,” said Schleck, who pulled out of the final stage timetrial at the Tour of Switzerland on Sunday because of the knee.

“The pain never really lessened and the only way to let it heal would have been to take complete rest.”

He first injured it in a crash at Liege-Bastogne-Liege in April.

Trek named there nine-man team on Tuesday with timetrial and one-day classics specialist Fabian Cancellara set to take part in his 10th edition of the Grand Boucle.

The 34-year-old Swiss will be one of the favourites for victory on the opening stage 13.8km timetrial in Utrecht.

However, 38-year-old Spaniard Haimar Zubeldia will be taking his participation to 14 tours, having finished in the top eight five times.

Trek’s overall hopes will rest with Dutchman Bauke Mollema, who was sixth in 2013 and 10th last year, while Colombian climber Julian Arredondo may look to challenge for the King of the mountains jersey.