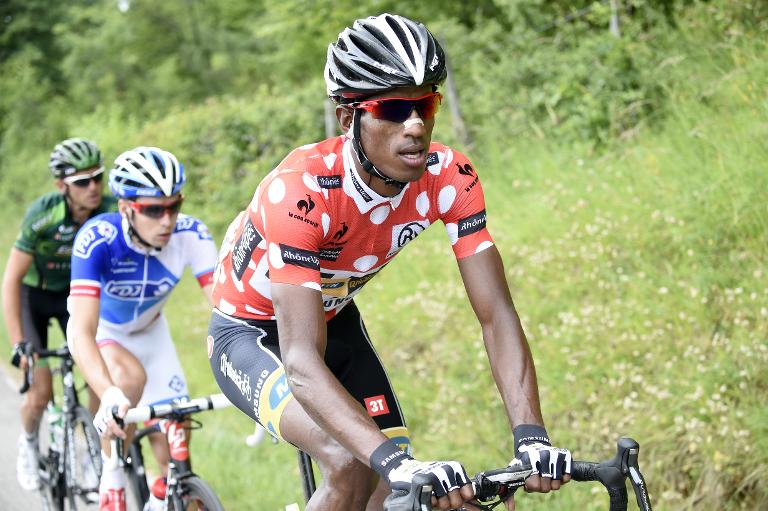 Having received a wild card invitation to the Tour de France, South African outfit MTN-Qhubeka have named an unprecedented five African riders in their nine-man team to race the July 4-26 event.

They are also the first ever African team to take part in the Tour de France.

Four of the five took part in the Tour de France warm up race the Criterium de Dauphine from June 7-14, where Eritrea’s Daniel Teklehaimanot won the polka dotted climbers’ jersey.

Another Eritrean climber, 21-year-old Merhawi Kudus, who did not race the Daupine, joins the Tour de France line up as the ninth man and much is expected of the two in Africa.

All five are debutantes in the world’s most famous bike race.

“Our objective is a stage win and to wear one of the jerseys,” team manager Brian Smith said, admitting they had no sprint hopes and no chance of placing a rider on the overall podium.