FIFA Presidency: Can Maradona dribble past his past? | Newsmobile
Wednesday, June 29, 2022

Home Sports FIFA Presidency: Can Maradona dribble past his past? 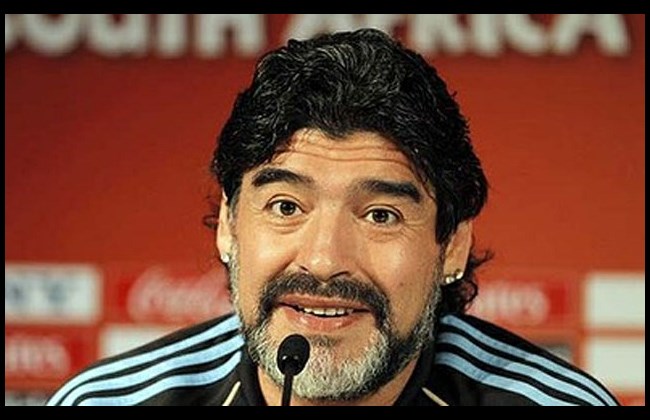 Paris: Diego Maradona will run for scandal-tainted FIFA presidency. Yes, you heard right, Maradona thinks he is the man to reform a global, multi-billion dollar organisation racked with corruption.

Victor Hugo Morales, a Uruguayan journalist who presents a television show with the Argentine football legend, has confirmed he’s a candidate.

“‘I am candidate’ are the words that Diego Maradona used when I asked him about the candidacy for the FIFA presidency,” journalist Victor Hugo Morales said on Twitter.

The former Argentina football star would need to persuade five of FIFA’s member associations to nominate him and then pass an integrity check. However, there are some roadblocks which he will have to dribble past in order to get on the ballot

From kicking fans to tax evasion to cocaine, Maradonaâ€™s brilliant career was littered with controversy.

During his stint with Barcelona, he contracted hepatitis and missed three months and sparked a mass brawl after seeking revenge against Athletic Bilbaoâ€™s Andoni Goikoetxea who had broken his leg the season before.

Then, after moving to Napoli, Maradona was given a 15-month ban for testing positive to cocaine and returned only to test positive to ephedrine during the 1994 World Cup. Diego later admitted that he and teammates took drugs before their match against Australia in 1993.

In 1994, Maradona fired an air gun at reporters and was given a two-year suspended sentence. Last year, he slapped a journalist in the face and called him an ”idiot” outside a theater in Buenos Aires.

His tumultuous personal life has often been a target for local media in Argentina.

Maradona is a strong critic of FIFA under current president Sepp Blatter, who announced last month that he would step down.

World football’s governing body has been rocked by two multinational corruption investigations launched by US and Swiss authorities.