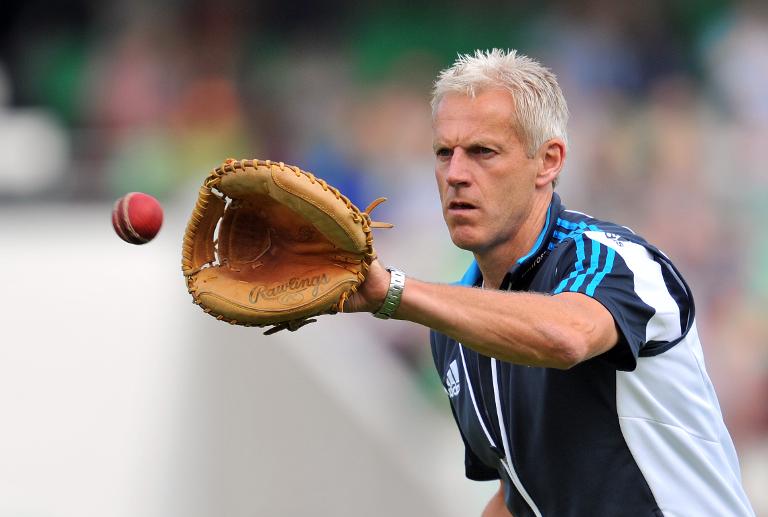 Former England coach Peter Moores has said his second spell in charge of the national side was blighted by a misguided perception that he was obsessed with statistics.

Moores was sacked in May following a drawn Test series away to the West Indies zhich came hot on the heels of a wretched World Cup where England suffered a first round exit.

His second spell in charge lasted just over a year, with the ECB having previously sacked Moores six years earlier.

After England’s World Cup exit was sealed with a defeat by Bangladesh, Moores gave an interview to former England captain Nasser Hussain on Sky Sports when he said: “We’ll have to analyse the game data a bit later.”

However, Moores also told Hussain that his England set-up was not numbers driven.

Moores has maintained a dignified silence since his latest sacking by England but went public Tuesday to voice his “frustration” at the way he had been portrayed.

“I have to accept my time as England coach has gone,” Moores told the ESPNcricinfo website.

“But I am frustrated. The portrayal of me as a coach in the media is just wrong.”

He added: “We moved away from stats and ‘data.’ Coaching doesn’t work like that at all…It’s not a numbers game.

“We kept it simple. We tried to give the players responsibility to lead themselves.”

Moores, who led Sussex and Lancashire to the County Championship either side of his first spell as England coach, won plaudits for giving the likes of James Anderson, Stuart Broad, Graeme Swann and Matt Prior a chance to shine at international level during his initial period in charge of the national side.

When Moores was sacked in May, a side featuring several inexperienced players had won four and lost one of their last six Tests, not a bad run given he had inherited an England team thrashed 5-0 in the 2013/14 Ashes.

“In Test terms, we felt we had turned a corner,” added Moores.

“Young players were developing fast. I’m also confident in my ability to evolve teams to become very good teams. And, given time, I’ve always gone on to be successful.

“The frustration is not being able to carry something through,” he added with England set to face Australia in the Ashes next month.

Despite twice being dismissed by the ECB, former Sussex wicket-keeper Moores said he would be prepared to work with young players at the National Cricket Performance Centre in Loughborough, central England.

“Yes, I’d work for the ECB again,” he said. “A role at Loughborough would be exciting.”