Epee-loving Marinuk not one for sitting on the fence | Newsmobile
Thursday, June 30, 2022 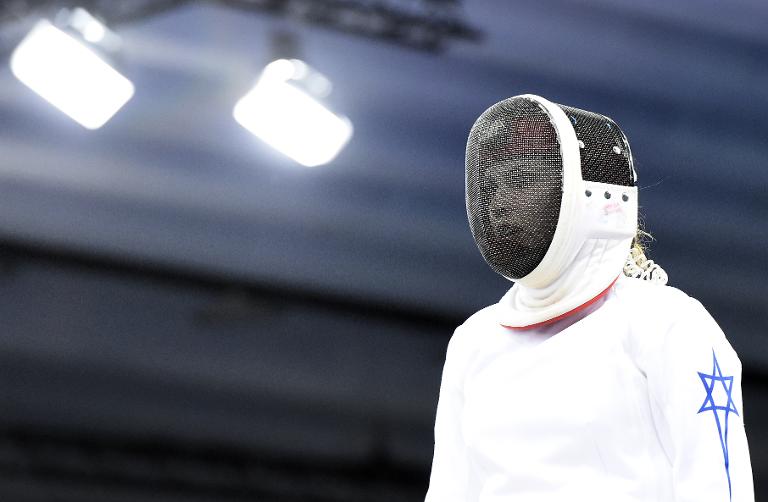 Israeli fencer Avital Marinuk’s dream of competing at the Olympics in Rio next year may have taken a knock with defeat in the epee event at the European Games but one shouldn’t bet against it given her refusal to bow to pressure throughout her young career.

The erudite 22-year-old former top junior, who had a gruelling morning at the Crystal Hall winning three of her pool duels before being eliminated in the first round of the knockout stage by Romanian Simona Gherman, showed her strength of character in a cadet World Cup tournament in Sweden in 2008.

Aged just 15 she climbed proudly onto the top step of the podium only to be informed they could not play the national anthem because the record had been broken.

“I was on the podium with a friend and I decided if the record is broken, ok, but I still have a voice,” she told AFP.

“So I started singing the Israeli national anthem, my friend followed me and then the 40 or so other Israeli athletes sitting in the stands joined in. It was an emotional moment.

“This has happened three times to us, twice in Finland and once in Sweden when they told us the record with the anthem is broken.

“There is nothing you can say, if they tell you the record is broken then it is broken.”

The passion for fencing inside Marinuk, who took bronze at the European junior championships last year, surfaced when she was just nine and was completely against the wishes of her parents.

“I had a teacher at school who was also a fencing coach and he showed me how amazing and special it was,” said Marinuk, who next heads to the world championships in Moscow in mid-July.

“For me it was a lot better than football or basketball.

“However, when I went home (to Ashkalon around 40 kilometres south of Tel Aviv) and told my parents that I was interested by it and would they take me to see a tournament they refused.

“They thought it was a strange thing for me to be interested in and preferred me to focus on school and go on and train to be an engineer or something like that.

“However, eventually they gave in and I was free to develop my interest and skills in the sport,” added Marinuk, who does at least share a common interest with her mother in a love of dance, Mrs Marinuk having been a ballet dancer.

Marinuk, who has been able to mix her studies and competing as she has special dispensation from her college to take her business management exams on different days to her fellow students if she is in competition, says her parents, who arrived in Israel from Moldova in the 1990s, are now complete converts to her cause.

“They come and watch me in tournaments in Israel, abroad is not possible as it is too expensive. But they are proud,” she said.

“My teacher, the man responsible for starting me on it, is immensely proud and he is never far away as he is our club coach.”

While she admits there is not much of a tradition of fencing in Israel — as she explained the art of epee fencing largely began in the 1990s with an influx of Russian emigres expert in it — she believes it is growing thanks to her generation.

“In terms of junior level it is just after judo in popularity,” she said.

“However, we want to achieve something at senior level and I know that I can. I hope I can make it to Rio.”