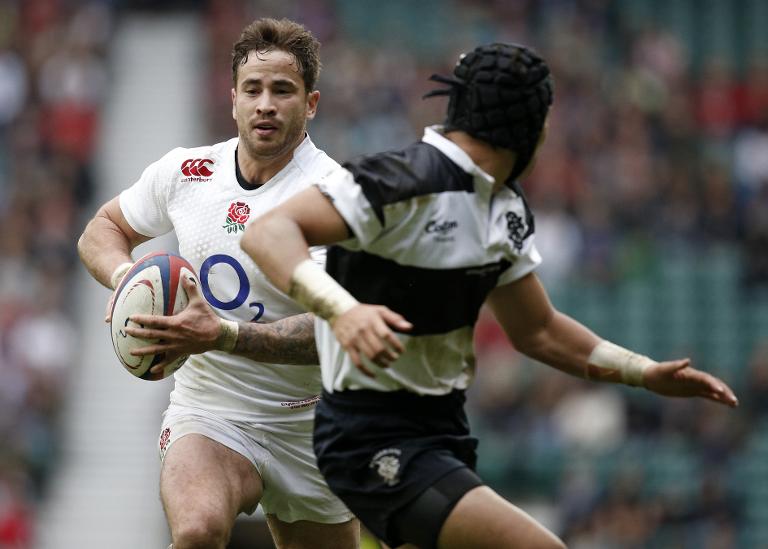 England coach Stuart Lancaster will will wait for the outcome a police investigation following Danny Cipriani’s arrest for drink-driving before deciding if the fly-half can be included in his World Cup squad.

Lancaster has already dropped hooker Dylan Hartley, after he received a four-match suspension for headbutting an opponent, and centre Manu Tuilagi, who was convicted of shoving two police officers in a fight, from tournament hosts England’s squad for the World Cup.

But Sale outside-half Cipriani’s World Cup prospects remain uncertain after he was arrested on suspicion of drink-driving earlier this month.

However, the police investigation into the incident is not expected to be concluded until early August.

For the moment, Cipriani — vying for a No 10 spot behind first-choice stand-off George Ford — is still a member of England’s World Cup training squad, which will be a cut to 31 for the tournament proper before Lancaster’s side face Fiji in the opening match at Twickenham on September 18.

“(I am) waiting to see what the police investigation will determine. I’ve got no position at all at the moment,” Lancaster said Tuesday.

“He (Cipriani) has not been charged with anything so as a consequence is in camp and training as everyone else is.

“I’ll deal with it as and when it’s appropriate.”

Lancaster added he thought Cipriani would travel to the United States for England’s upcoming high-altitude training camp in Denver, Colorado.

Meanwhile Lancaster expressed his annoyance that he had felt obliged to make changes for reasons other than form or fitness.

“It’s not ideal that you’re in that position where you’re having to make decisions like that, particularly when they’re high-quality players,” he said.

England were forced into a change of a different sort when Clermont-bound wing David Strettle withdrew on Monday ahead of his move to the French Top 14 side from Premiership champions Saracens.

“He rang me towards the end of last week,” Lancaster said. “He’d been to France, he considered his options and alternatives and decided to pull out.”