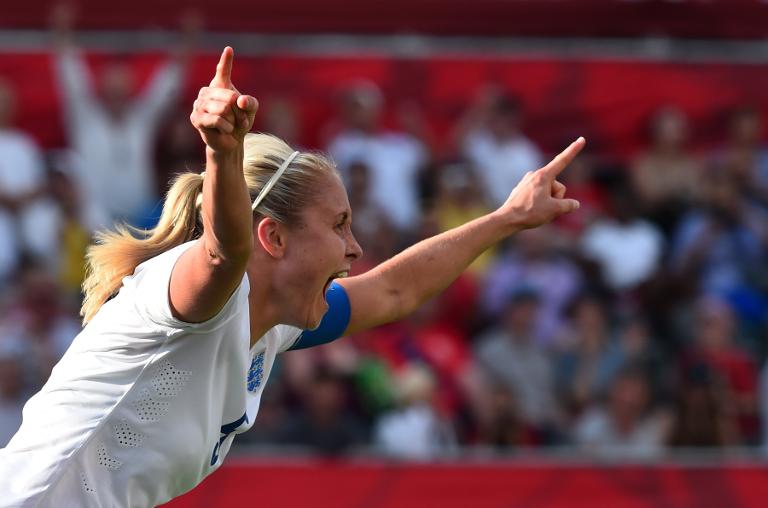 A stunning second-half winner from defender Lucy Bronze booked England a spot in the Women’s World Cup quarter-finals with a 2-1 win over Norway.

England, ranked sixth, on Monday had fallen behind to a 54th-minute goal for 1995 champions Norway off a Solveig Gulbrandsen header.

But second-half goals from Steph Houghton and Bronze gave England their first win in the knockout round of a Women’s World Cup.

“Bronzie was outstanding today. She recovered from a couple of errors in the first half that nearly cost us and KB (goalkeeper Karen Bardsley) came to our rescue,” said coach Mark Sampson.

England next play hosts Canada on Saturday in Vancouver.

“It’s a real sense of pride for the team, to show that character and resilience to come back from a goal down in this tournament,” said Sampson.

“We’re ready for a big quarter-final and determined to keep this journey going.”

Sampson made four changes to his starting lineup with midfielder Katie Chapman, defenders Laura Bassett, Bronze and Claire Rafferty all coming on.

But in a drab first half, Norway had the most chances, with Bardsley keeping England’s sheet clean, superbly denying Isabell Helovsen early as England struggled in the Ottawa heat.

Back after the break, Norway broke the deadlock with Gulbrandsen, 34, heading in off a corner for a goal which was confirmed by goalline technology.

And Bronze added the second with 14 minutes to go following good work from substitutes Jill Scott and Jodie Taylor to fire a powerful long range shot from 25 metres into the back of the net past a diving Ingrid Hjelmseth in the Norway goal.

“We had six or seven fantastic opportunities before England had one,” lamented Norway coach Even Pellerud.

“England scored on their first scoring chance to level the game and we started to struggle. We became stressed.”

“Compliments to my English colleague who managed to do some nice tactical changes at half time.

“We should have finished this game in the first half. They managed to come back with two beautiful goals.”

Welshman Sampson admitted: “It’s not the first time we’ve managed to change the game from the bench.

“We felt we needed to get tighter. We needed more physicality. We felt the referee was poor and Norway got away with too much. Jill came onto the field and the team showed a great reaction.”

England lost their opening group match to France by beating Mexico and Colombia in their two other group games.

England have never gone beyond the quarter-final in their three previous appearances, in 1995, 2007 and 2011 so had never captured a knockout game before. The World Cup has a last-16 round for the first time as the tournament has been expanded to 24 teams.

The Norwegians, ranked 11th, finished second in Group B and held Germany, two-time champions, to a 1-1 draw last week.