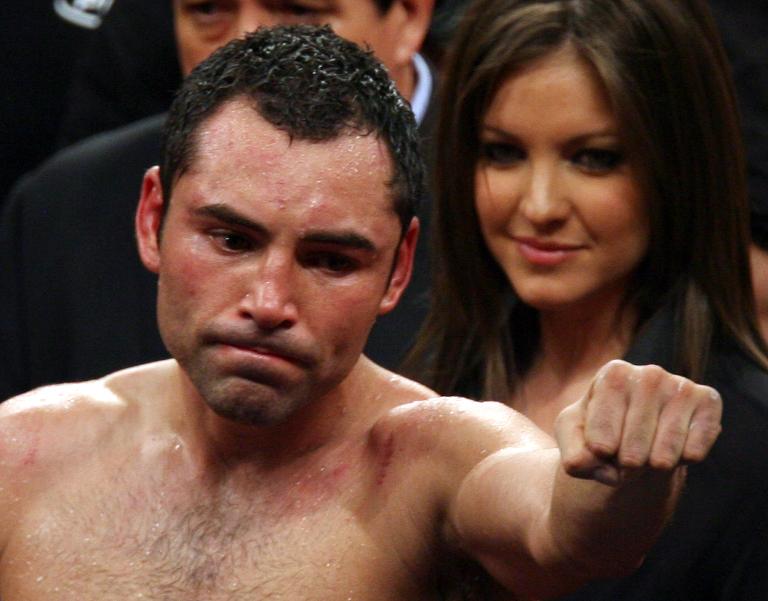 In a report on the sports television network’s website, De la Hoya on Monday said that he is clean and sober after twice undergoing rehabilitation for drugs and alcohol and as fit as ever.

De la Hoya retired after Filipino icon Manny Pacquiao stopped him in the eighth round in 2008, delivering the US star’s fourth loss in his final seven fights. De la Hoya also lost to Shane Mosley in 2003 by unanimous decision and was knocked out in the ninth round by Bernard Hopkins in a 2004 showdown for the undisputed middleweight crown.

De la Hoya retired at 39-6 with 30 knockouts and was inducted into the Boxing Hall of Fame last year, five years after calling it quits.

De la Hoya said he wants a rematch against Mayweather, which is unlikely, or a fight with Kazakh middleweight champion Gennady Golovkin at the junior middleweight level.

“Right now I feel the best I have felt in my life physically, emotionally, mentally because I haven’t touched alcohol for I don’t know how long,” de la Hoya said.