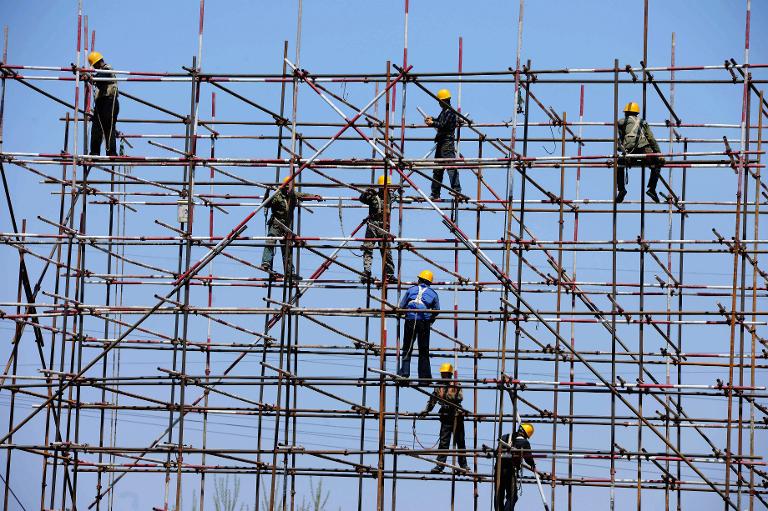 The bank’s preliminary Purchasing Managers’ Index (PMI) came in at 49.6 in June, the highest in three months but still below the breakeven point of 50, HSBC said in a statement.

The index, which is compiled by information services provider Markit and tracks activity in factories and workshops, is seen as a key barometer of the country’s economic health.

However, while it marked a fourth straight contraction, the figure was an improvement on May’s final reading of 49.2 and also beat a forecast of 49.4 in a survey of economists by Bloomberg News.

The figures are the latest to show the economic powerhouse continues to slow despite three interest rate cuts since November as well as other measures to boost bank lending and the housing market.

While total new business and purchasing activity increased slightly this month companies continued to slash staff, with the latest reduction the sharpest in more than six years, Annabel Fiddes, an economist at Markit, said in the statement.

The acceleration in job cuts indicated that companies have “relatively muted growth expectations as demand conditions both at home and abroad remain relatively subdued”, she said.

“The data add to evidence that the sector has lost growth momentum in Q2 as a whole, and suggests that the authorities may step up their efforts to stimulate growth and job creation in the second half of the year,” she added.

Zhao Yang, a Hong Kong-based economist with Nomura, also said the overall growth momentum in China was “still weak” despite the improvement in the PMI reading.

“Monetary policy still needs to be further eased to counter the still-strong headwinds in the economy,” Zhao said in a research note.

China’s economy has continued to slow in 2015 after growing at its weakest pace — 7.4 percent — in nearly a quarter-century last year.

HSBC said it will release its final PMI for June on July 1.