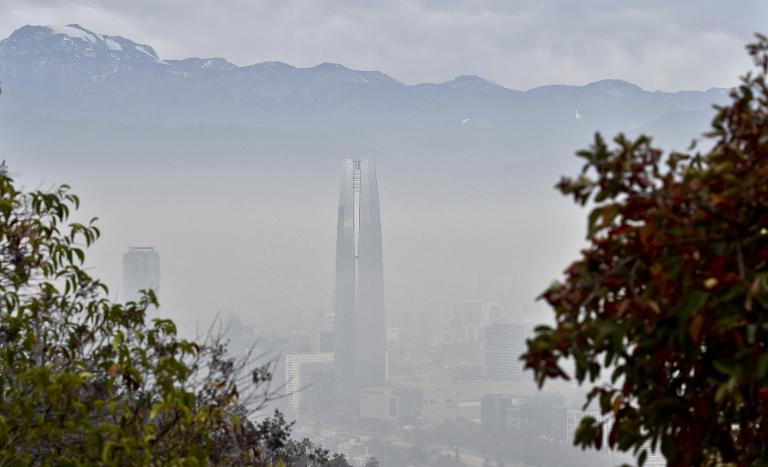 The streets were strangely empty Monday in the Chilean capital Santiago, where air pollution has forced authorities to declare an environmental emergency in the middle of the Copa America.

With 40 percent of the city’s vehicles ordered off the roads and 3,000 businesses closed, the normally bustling city of 6.7 million people was unusually traffic-free, despite hosting the South American football championship.

But beneath a thick layer of fog, commuters crowded onto buses and subways to get to work after their normal rides were sidelined by the emergency decree.

Health Minister Carmen Castillo called on Santiago’s population to “take care of children and the elderly” and recommended residents avoid going out unless absolutely necessary.

The pollution emergency — the city’s first in 16 years — will be in place until 9:00 pm. (0000 GMT Tuesday). But with no improvement in air quality forecast for the next three days, it could be extended.

No Copa America matches were scheduled for Santiago Monday or Tuesday.

But most of the teams taking part in the tournament are training in Santiago, and the quarter-finals clash between the hosts and Uruguay is to be held there Wednesday.

Organizers have already said they will not reschedule any matches because of air pollution.

Santiago, which sits in an enclosed valley, has had little rain to wash away the pollution, and unseasonably warm winter weather is exacerbating matters.

The city of Temuco in southern Chile, another of the eight cities hosting the Copa America, also faces pollution concerns. Authorities there declared an environmental emergency last month because of air pollution caused by wood-burning heaters.

A government study in 2014 found that 4,000 people a year in Chile die prematurely of cardiopulmonary diseases linked to air pollution.

Sports medicine specialists say the smog could affect the performance of the high-octane footballers in Chile for the continental championship — the tournament boasts stars like Lionel Messi of Argentina and James Rodriguez of Colombia.

The Copa America runs through July 4, when Santiago hosts the final match, and is expected to draw some 750,000 fans.