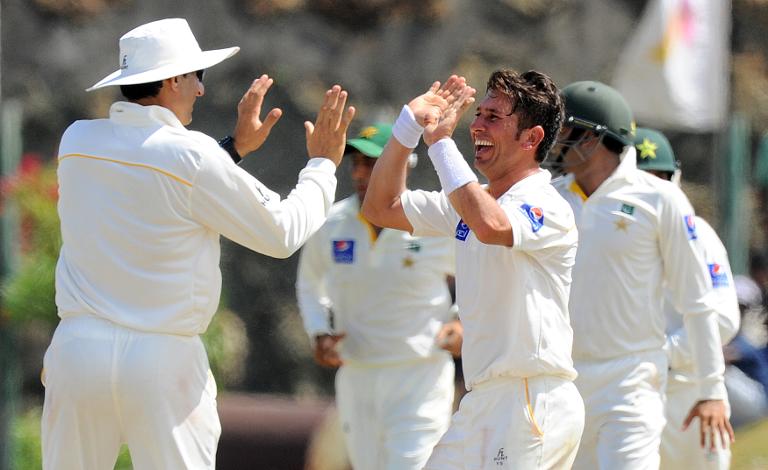 A confident Pakistan will aim to clinch a first Test series win in Sri Lanka for nine years when the second match starts at the P. Sara Oval in Colombo on Thursday.

Misbah-ul Haq’s tourists are riding high after a 10-wicket triumph in the opening Test in Galle on Sunday despite the first four sessions of the match being washed out.

Pakistan have lost their last three series in Sri Lanka following a 1-0 success in 2006 but Misbah’s men could not have asked for a better venue to seal the series than the historic Oval ground where Sri Lanka played their first Test match, against England, in 1982.

The sporting Oval pitch, regarded as the finest on the island, has produced a winner in eight successive Tests since 2005, and another decisive result is on the cards.

Sri Lanka have lost their last three matches at the ground, going down to India in 2010 and being beaten by both England and New Zealand in 2012.

Pakistan, who lost by seven wickets when they played at the Oval in 2009, will bank on their impressive showing in the first Test to deal another blow to the hosts.

The tourists bowled out Sri Lanka for 300 after electing to field first, but were themselves reduced to 96-5 before Sarfraz Ahmed and Asad Shafiq launched a gritty fightback.

The pair put on 139 runs for the sixth wicket in quicktime to turn the tables on Sri Lanka, with Shafiq making 131 and Sarfraz 96, as Pakistan gained a 117-run lead.

Yasir Shah then ripped through the second innings with figures of 7-76 — the best by a leg-spinner on Sri Lankan soil — to bowl out the rivals for 206 and set up the memorable win.

However, the key to Pakistan’s success lay in their batsmen dominating Sri Lanka’s spin spearhead Rangana Herath, a constant thorn for the tourists in the past.

When the two sides last met in Sri Lanka in 2014, the seasoned left-arm spinner grabbed 23 Pakistani wickets in two Tests to engineer a 2-0 win for the hosts.

Misbah had indicated before the current series that it was important to tackle Herath if Pakistan were to win matches. And the batsmen responded by conceding just one wicket to the spinner in Galle.

“Playing Herath confidently was the key for us,” Misbah said. “It’s a good sign for us because he is a very good bowler and could have done a lot more.

“We need to keep this going to win the series because he is a tough competitor capable of doing anything.”

Pakistan’s spinners claimed 13 wickets between them in Galle, compared to five for Sri Lanka’s, and the home captain Angelo Mathews conceded that cost his team dearly.

“I admit that our spinners were not as effective as their spinners, even though the pitch was turning from day one,” said Mathews. “Hopefully, Rangana (Herath) will bounce back quickly.”

Pakistan may play all-rounder Mohammad Hafeez as a batsman after his bowling action was reported by umpires for a second time in seven months.

Hafeez will be tested in a fortnight, but regulations allow him to bowl till the test results are declared.

If his action is found illegal after testing, Hafeez will not be allowed to bowl for a year.

The third and final Test starts in Pallekele on July 3. It will be followed by five one-day internationals and two Twenty20 matches.