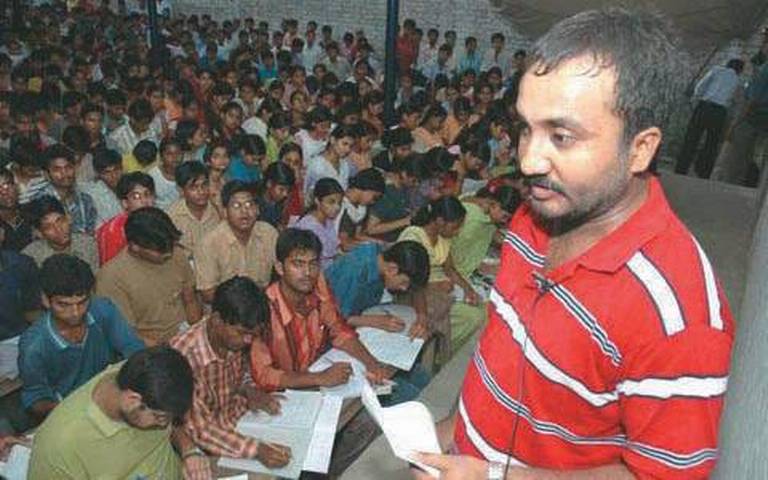 Patna:Â Twenty-five of the total 30 students of the famed Super 30, a coaching institute which prepares students from humble backgrounds for top engineering colleges, have made it to IITs this time.

As the results of JEE-Advance were announced for admission to different IITs on Thursday, the mood at Anand Kumar’s residence, from where he runs Super 30, was that of joy.

One of the successful student Dhananjay Kumar’s father is unemployed, while his mother runs a small shop in Patori village of Samastipur to feed the family. He had one pair of dress which he wore throughout the year.

Sumit Kumar of Masaurhi in Patna, Abhinav Verma from Nalanda and Prem Pal are wards of daily agricultural workers.

Had it not been Anand Sir’s Super 30, my son would not have been able to study at all. How can I afford all this. He (Kumar) proved as another father for my son by shaping his destiny,” Yogeshwar Kumar, an agriculture labourer and father of Prem Pal, who made it to JEE-Advance, said.

Neeraj Kumar Jha from Madhubani got a good rank. His father, Bhagwan Jha is a driver in Kolkata.

“I had never imagined that my son would come this far. He was bright, but I did not have the resources. It was sheer good fortune of my child that he got Anand Sir, who took the burden off me,” said an emotional Bhagwan Jha.

One of the Super 30 students got into University of Tokyo this year and hence did not take JEE-Advance, his place had been given to another student who came out successful.

In Super 30, Anand selects 30 meritorious students mostly from poor families and grooms them for IIT. Students stay with him and are provided free food, stay and lodging by Kumar who bears expenses on his own with no donation from anyone.

With celebration continuing in Super 30 Academy, Anand Kumar said he derives pleasure seeing his efforts, to help the poor realise their dream, succeed.

“Because of poverty I could not go to Cambridge University. But, when I see these students from humble background like me succeeding I get inner pleasure,” Anand Kumar, who has won laurels in the country and abroad for his pioneering work, said.