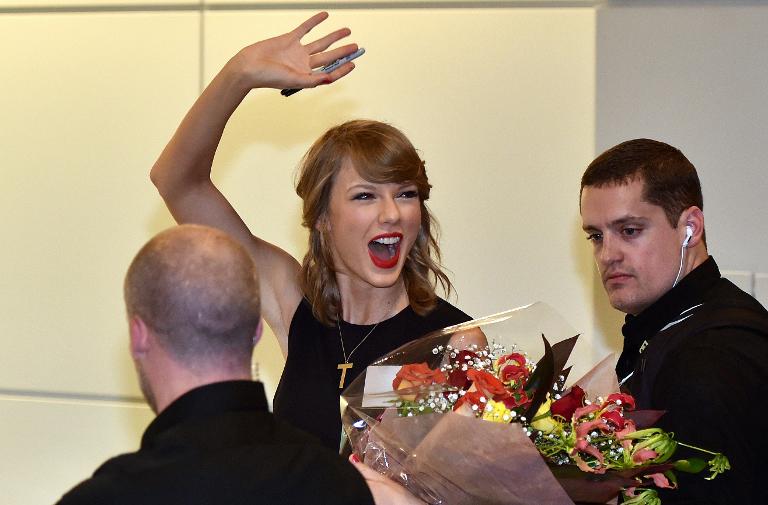 Taylor Swift may be best known for bubble-gum pop anthems loved by teenage girls, but at 25 she has shown herself to be a formidable force in the business world, as Apple found out.

Apple, a $750 billion tech leader that is rarely described as laid-back in its commercial strategies, quickly did an about-face Sunday after Swift threatened a partial boycott of its new streaming service unless the company improved compensation for artists.

The episode underscored how Swift has emerged as a premier power broker from the millennial generation, able not only to pack arenas around the world but also to turn her massive fan base into valuable leverage.

Key to Swift’s success has been a precocious talent for controlling her image, allowing her to promote her music aggressively while keeping a sugar-sweet public persona.

And her vital tool is social media, through which she interacts with pointed regularity with fans.

With more than 59 million Twitter followers, she is topped only by fellow pop stars Katy Perry and Justin Bieber, and President Barack Obama.

Swift took to social media to air her grievances with Apple, which next week is launching a streaming service as the iTunes company seeks to expand in the growing area of on-demand, unlimited music services.

Saying she was speaking up for artists afraid of incurring Apple’s wrath, Swift complained about the company’s initial plan not to pay royalties for streams during customers’ free three-month trial.

“We don’t ask you for free iPhones. Please don’t ask us to provide you with our music for no compensation,” she wrote.

Within the day, senior Apple executive Eddy Cue telephoned Swift on her tour stop in Amsterdam and announced that Apple would compensate artists during the trial period and eat the cost.

It was not the first time that Swift has taken issue with streaming.

Last year, she removed her entire catalog from streaming leader Spotify as she accused the Swedish company — which offers a free tier — of insufficiently compensating artists.

The move put Spotify on the defensive, with chief Daniel Ek insisting that the company has paid back what now amounts to $3 billion in royalties.

At the same time, her campaign hardly dented Spotify, which has grown rapidly in the past year and counts Swift among the few prominent contemporary artists — Bjork, Radiohead and Garth Brooks are among others — to refuse to stream at least some of their works.

Her father shifted his job in financial services to the country music capital of Nashville to allow her a chance in the industry.

After winning a growing mainstream audience for her introspective country songs, Swift last year switched to a thoroughly pop direction for her fifth studio album — “1989,” named after her year of birth.

While Swift said she had been warned against straying too far from her country roots, the results were phenomenal, with “1989” enjoying the biggest debut in the United States since 2002.

The songs, and the intricately choreographed accompanying videos, are cheeky with playful references to rumors about her dating life — an area that is the closest she comes to scandal.

Swift frequently describes herself as a feminist, saying that she hopes to show a strong yet honest image to her legions of girl fans.

“I still don’t feel like it’s a priority for me to be cool, edgy or sexy,” Swift — who nonetheless appears frequently in glossy magazines — told National Public Radio last year.

“When girls feel like they don’t fit into those three themes, which are so obnoxiously thrust upon them through the media, I think the best thing I can do for those girls is let them know that this is what my life looks like. I love my life,” she said.

In a sales campaign of the sort that is increasingly rare in the digital age, Swift promoted “1989” through a tie-in with a fast-food chain and Polaroid pictures in the CDs to encourage collectors.

In one move that could belie her image as a marketing genius, Swift performed in 2008 for the Republican presidential convention that nominated the losing ticket of John McCain and Sarah Palin.

Swift has since been discreet about politics and has spoken warmly about Obama. She has asked her online fans to steer clear of politics for fear of raising divisions.

Nonetheless, one prominent supporter of her Apple campaign suggested that Swift had skills that could come in handy in politics.

The singer Elvis Costello wrote on Twitter that Swift could be a “future president.”