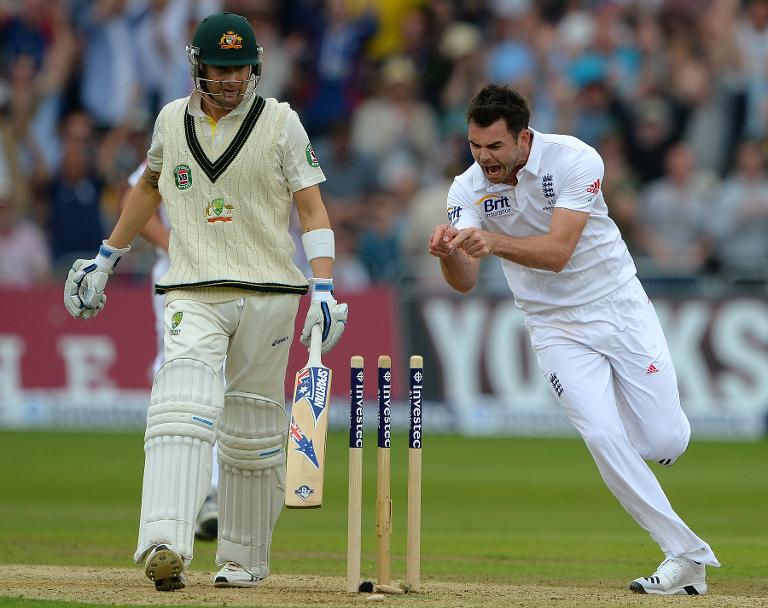 According to the Lord’s-based Marylebone Cricket Club, still the guardian of cricket’s rules, it is against the ‘spirit of the game’ to “direct abusive language towards an opponent”.

Ask many a cricket fan for a definition of ‘sledging’ and the chances are they would settle for the MCC version.

But, in a sign of how tricky it is to agree on what is or isn’t acceptable, Australia’s Shaun Marsh, speaking ahead of the first Ashes Test against England in Cardiff on July 8, said Monday: “It is an Ashes series and I am sure there will be sledging from both teams, but I am also sure it will be in the spirit of the game.”

The opener also said: “I think it is really important to get out there and show your aggression and put your stamp on the game — that is the Australian way.”

But there was a recognition that things had got out of hand during the last Ashes campaign, which saw Australia whitewash England 5-0 on home soil in 2013/14.

During the first Test in Brisbane, Australia captain Michael Clarke told England tailender James Anderson to “get ready for a broken…arm”.

Clarke later apologised for the tone of his comments and on Sunday promised the upcoming Ashes would be played in the “right spirit”.

Prior to this year’s World Cup, the International Cricket Council promised a crackdown on sledging.

But that did not stop wicket-keeper Brad Haddin from giving send-offs to several departing New Zealand batsmen during Australia’s seven-wicket World Cup final win in Melbourne on March 29.

Haddin subsequently gave a radio interview in which he defended his actions by saying: “They were that nice to us in New Zealand (when Australia lost a pool match) and we were that uncomfortable.

“I said: I’m not playing cricket like this. If we get another crack at these guys in the final I’m letting everything (out).

“And I’m not going to play another one-day game so they can suspend me for as long as they like,” added Haddin, still Australia’s first-choice Test gloveman.

England and New Zealand have just finished thrilling Test and one-day series where both sides have been lauded for demonstrating it is possible to play aggressive cricket without sledging.

New Zealand opener Martin Guptill, who played in the World Cup final and has been a mainstay of the side in England, said he expected the cordial atmosphere to remain when the Black Caps completed their tour with a lone Twenty20 international at Old Trafford on Tuesday.

“The respect between both sides has been right up there and that shouldn’t change tomorrow (Tuesday),” Guptill told reporters at the Manchester ground on Monday.

As for Australia’s sledging in the World Cup final, Guptill said: “It’s just the way they are. We can’t do a lot about them, can we?”

Part of the problem is that there is little humour in modern-day sledging, unlike the time when England great Ian Botham responded to Australia wicket-keeper Rodney Marsh’s barb of “how’s your wife and my kids?” by answering: “Wife’s fine, kids are retarded.”

What Marsh, now Australia’s national selector and no relation to Shaun, thinks of modern-day sledging is likely to be a topic for discussion when he gives this year’s MCC Spirit of Cricket Lecture at Lord’s on September 1.

By then the Ashes will be over, although Australia will still have five one-dayers to play against England before their tour ends.