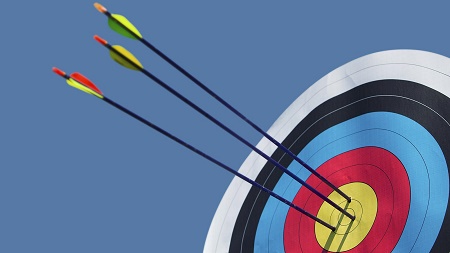 New Delhi: In a bizarre accident, Indian junior national coach Ravi Verma has suffered a serious injury to his right eye while trying to fine tune an upcoming archer’s bow before the National Ranking Tournament (NRT) here on Saturday.

While showing the archer, who is preparing for the Youth Commonwealth Games, a technical point, the coach from Patiala had the bow pointed away from him, but during the coaching session, the arrow flew backwards and hit him below his right eye.

It must be mentioned here that Verma had been a five-time national champion and now has been coaching juniors for the last few years. The arrow hit Verma at such velocity that Verma was left breaking a number of bones around his eye and a severe concussion.

Archery Association of India’s (AAI) officials immediately rushed Verma to a private hospital near Yamuna Sports Complex here. Having seen his condition, the doctors of the private clinic rushed him to the Delhi’s premier AIIMS hospital, where he was operated upon on Sunday.

But the injury is of such serious nature that he may well lose the sight in his right eye.

The Archery Association of India (AAI) secretary Virendra Sachdeva promised to offer him all the help he needs and also paid the cost of the operation.

â€œThe injury was serious, Â but we are expecting him to recover in a month’s time. We will extend all possible help to him,â€ said Sachdeva.