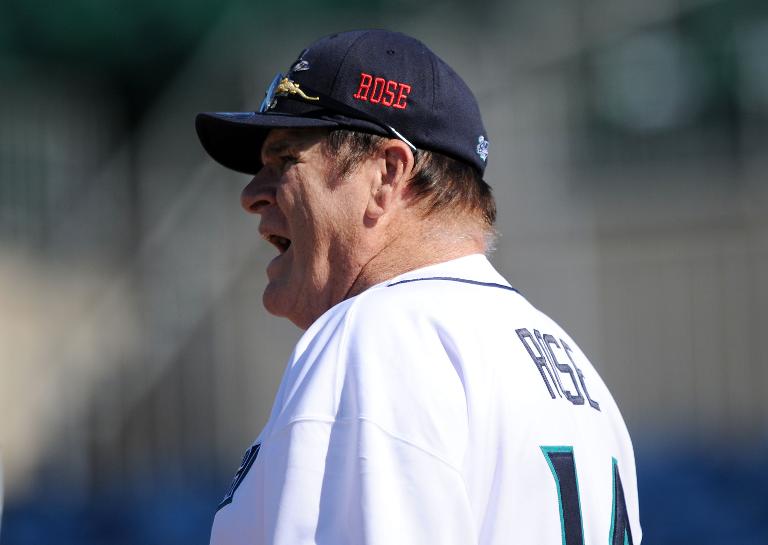 Pete Rose, Major League Baseball’s all-time hits leader banished from the sport for gambling, bet on 1986 games he played in, according to records obtained by ESPN unveiled in a Monday report.

In televised and website reports, ESPN displayed copies of pages from a notebook sealed under a court order that outlined wagers made by Rose from March to July of 1986, in the final months player-manager Rose took the field before serving strictly as a bench boss for the Cincinnati Reds.

The notebook was seized by federal agents in 1989 at the home of former Rose associate Michael Bertolini, about two months after Rose was handed a life ban from baseball by then-commissioner Bart Giamatti, who died eight days after making the pronouncement.

“This is the final piece of the puzzle. This does it. This closes the door,” said John Dowd, the former federal prosecutor who led Major League Baseball’s probe of the matter and who tried in vain to obtain Bertolini’s records.

Rose, who remains the all-time hits leader with 4,256, admitted in 2004 that he bet on baseball but had said a times that he did not bet on games as a player.

ESPN said it found no evidence that Rose bet against the Reds, although the records showed him betting on at least one major league club on 30 different days, betting on his team 21 times, some of those on days where he played.

Two people who took part in the raid verified the authenticity of the page copies, ESPN reported, noting the evidence was seized as part of a mail fraud probe unrelated to gambling.

Without reinstatement, Rose cannot be considered for the Baseball Hall of Fame, an enshirement seen as a near-certainty with Rose’s statistics but no controversy.

Rose responded to ESPN in a statement through his attorney, the network reported.

“Since we submitted the application earlier this year, we committed to MLB that we would not comment on specific matters relating to reinstatement. I need to maintain that,” Rose’s statement said. “To be sure, I’m eager to sit down with Mr. Manfred to address my entire history — the good and the bad — and my long personal journey since baseball. That meeting likely will come sometime after the All-Star break. Therefore at this point, it’s not appropriate to comment on any specifics.”

“The implications for baseball are terrible,” Dowd told ESPN. “(The mob) had a mortgage on Pete Rose while he was a player and a manager.”

The only appearances Rose has made in baseball since his banishment came in 1999, when Rose was selected as an outfielder on Major League Baseball’s All-20th Century Team and honored before game two of the 1999 World Series in Atlanta, and in 2010 at Cincinnati for a 25th anniversary celebration of his record-breaking 4,192nd career hit.