Home World After killings, Obama toughens tone on US racism 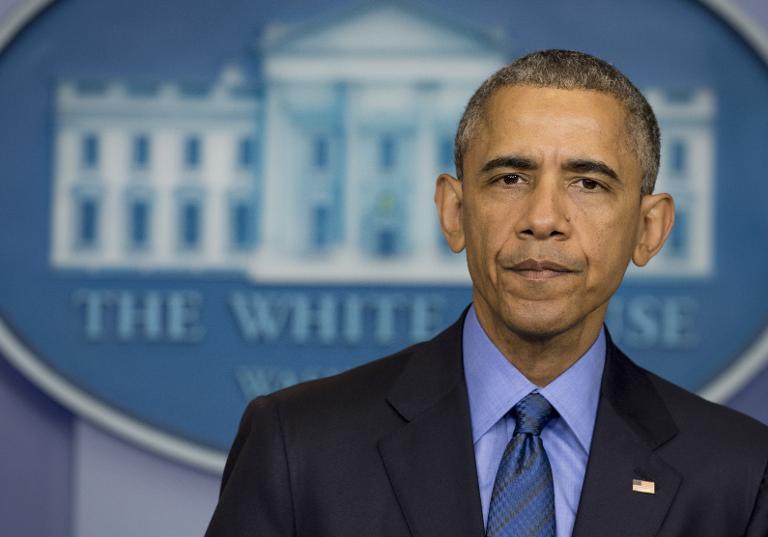 For a frustrated President Barack Obama, last week’s slaughter of nine black churchgoers proves once again that the United States has yet to exorcise its racist demons.

But, just to underline the point, he showed in remarks released Monday that he is not afraid to use a term that most Americans would blanch at in an effort to convey his frustration.

“It’s not just a matter of it not being polite to say ‘nigger’ in public. That’s not the measure of whether racism still exists or not,” America’s first black president said.

“It’s not just a matter of overt discrimination,” he said. “Societies don’t overnight completely erase everything that happened 200 to 300 years prior.”

Speaking to online radio broadcast “WTF with Marc Maron,” Obama put last week’s murderous rampage in a black church by a suspected young white supremacist in the context of US history.

“It is incontrovertible that race relations have improved significantly during my lifetime and yours, and that opportunities have opened up, and that attitudes have changed,” he said.

“What is also true is the legacy of slavery, Jim Crow, discrimination in almost every institution of our lives, you know, that casts a long shadow and that’s still part of our DNA that’s passed on,” Obama said.

Such an analysis might seem obvious in the wake of more than a year of racially charged protests triggered by alleged police abuses and the deaths of unarmed black men.

But it is nevertheless very unusual for a US politician to speak so frankly on a topic so many Americans are uncomfortable with. White House spokesman Josh Earnest said Monday that Obama did not regret using the term.

Obama, of course, has addressed the issue of racism before, especially in his speeches and writings before he became president.

During his 2008 campaign, amid scrutiny of provocative statements by the pastor of a black church Obama had attended, he said: “The issue of racism cannot be ignored.”

Since coming to office, Obama has disappointed some with cautious, impersonal responses to incidents that African Americans felt showed their ongoing persecution.

But he got very personal in addressing the case of unarmed black teen Trayvon Martin, who was shot dead by a neighborhood watchman, saying Martin “could have been me 35 years ago.”

And before last week’s slaughter in the Emanuel AME Church in Charleston, the president had begun to identify more closely and personally with the civil rights cause.

A high point for supporters came in March when Obama attended a ceremony marking the 50th anniversary of a brutally repressed civil rights march in Selma, Alabama.

“Our march is not yet over,” he declared.

Obama returned to this theme, and to his own experiences of race and identity as the son of an absent Kenyan father and a white American mother, in the interview with Maron.

The president described how growing up, he had to learn “I don’t have to be one way to be both an African American but also somebody who affirms the white side of my family.”

But now the evolution he wants to see is in broader society.

“And so what I tried to describe in the Selma speech that I gave… was a notion that progress is real and we have to take hope from that progress, but what is also real is that the march isn’t over and the work is not yet completed,” he said.

“And then our job is to try, in very concrete ways, to figure out what more can we do.”

Public revulsion at the suppression of the Selma march led to the Voting Rights Act, a victory in the civil rights struggle that eventually made possible Obama’s election to the White House.

“If we made as much progress over the next 10 years as we have over the last 50, things would be better,” he said.

“And that’s within our grasp.”