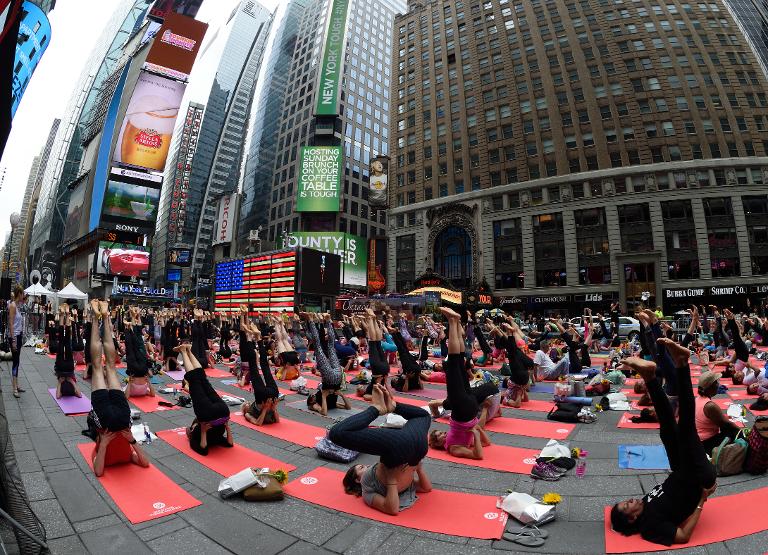 About 17,000 people set out their mats and stretched into yoga exercises in New York’s Times Square, including the United Nations’ leader, to celebrate the first International Day of Yoga.

UN Secretary-General Ban Ki-moon, dressed in white, joined the yoga gathering late in the morning in one of the most recognizable squares in the world.

Ban hailed the many benefits the ancient exercise could bring to people around the world.

“To all of you I say: Namaste!” the UN leader told the crowd.

“My hope is that yoga will give people everywhere the sense and the oneness we need to work together to live in harmony and usher in a life of dignity for all.”

The UN declared in December that June 21 would be International Yoga Day, highlighting its health “benefits” for the public.

That coincided Sunday with the annual session in Times Square for yoga on the first day of summer.

Yoga classes started early in the morning and were set to stretch into the evening. The crowd was dominated by women, but there were also plenty of men and some children feeling the burn.

Organizers said people in 187 other countries were also taking part in yoga sessions.

Outdoor yoga classes were planned in major cities across the US and tens of thousands of people took part in New Delhi.

The world day was also championed by Prime Minister Narendra Modi of India, the birthplace of yoga.