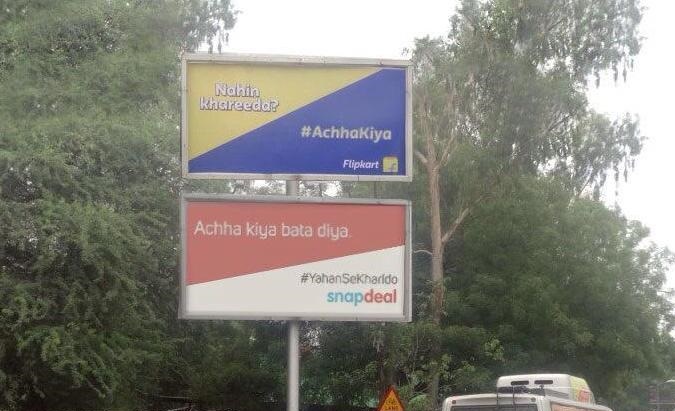 Ugly, no-holds-barred and unapologetic, the E-commerce wars are hitting stratospheric levels. In the world of advertising, sarcasm and satire is something that will always be appreciated and online giants donâ€™t miss an opportunity to troll their competitors to stay ahead of the curve.Â

As consumers, we get to see some great creativity, and all the brands involved get heaps of media and social coverage. Though it is fun to see companies letting their creative juices flow and come up with innovative ways to take potshots at their competitors, there is a bigger marketing goal attached to this. These Â giants are playing ambush marketing tactics to belittle one another and we have witnessed all these in last few days.

In the latest episode of troll wars, Flipkart was ganged up on by their rivalsâ€” Snapdeal, Amazon, Olx and the war saw other startups like IndianRoots, PaisaBazaar also make hay while the sun shone.

This is how the war unfolded:

Flipkart launched their #AchhaKiya campaign, which set the Internet abuzz 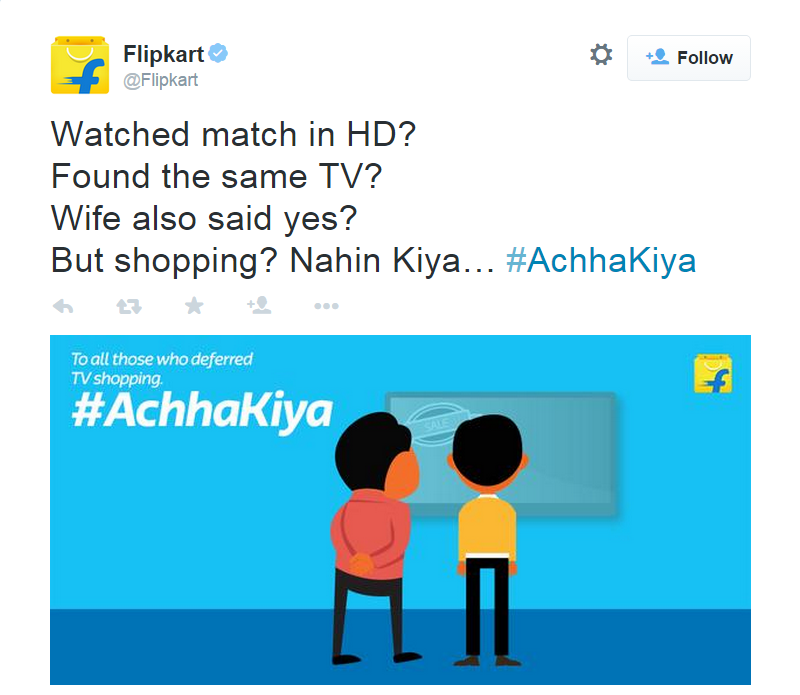 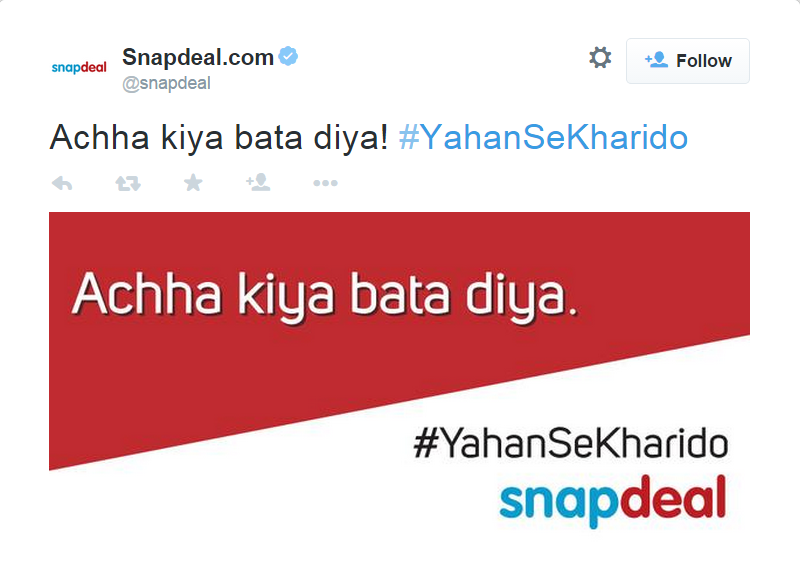 But wait, this was not limited to social media platforms as Snapdeal ambushed and trolled Flipkart big time outdoors as well by strategically placing the hoardings just below Flipkartâ€™s.Â 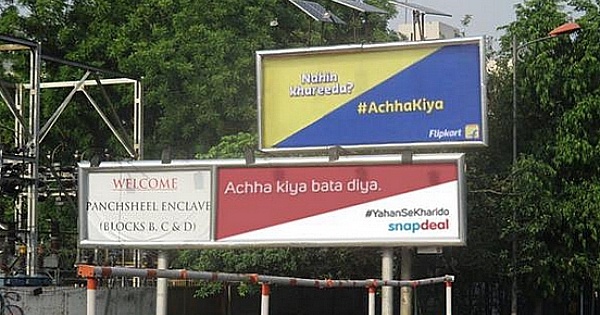 After Snapdeal drew first blood, other companies also readied their guns and cannons as they marched into the war with their innovative and snappy war-cry.

However, it looks like Amazon had the last laugh and won this bout with this final punch:

Ambush marketing is basically an attempt to draw the attention of the audience from one brand to the other through various creative efforts. It has turned out to be an extremely effective form of marketing in the recent times. Ad agencies consider it the most contemporary and innovative strategy to create a buzz among the viewers.

Popular examples of ambush marketing in India are marketing battles between Hindustan Unilever and Procter & Gamble, Jet Airways versus the now defunct Kingfisher Airlines, Coca Cola vs Pepsi, Rin vs Tide in detergents, and Horlicks against Complan.

And with the advent of social media, it seems like ambushes have increased in marketing. Social media makes it much easier to create and maintain a long-term relationship with fans or other audiencesâ€”an affinity that could be stretched beyond the length of an official sponsorship.

The Indian online customer is typically aloof, and seeks the cheapest possible product across all platforms. The online marketplace becomes a hunting ground for the best deals, with multinational behemoths and Indian ecommerce giants fighting offering huge discounts to lure customers.

As eCommerce companies in India are locked in a fierce fight to get the lion’s share of India’s growing e-tail market, they are bound to increase their ad spends throughout this season. It, however, remains to be seen how these ad spends on ambushing rival players benefit the players.