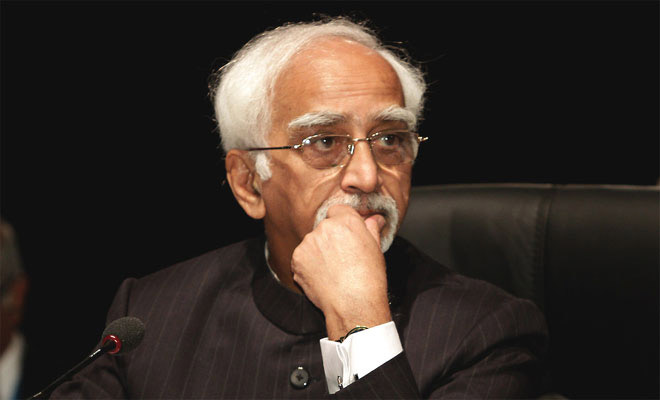 New Delhi: Vice-President Hamid Ansari’s office claimed that he was not invited to the Yoga Day event in the capital after his absence was questioned by senior BJP and RSS leader Ram Madhav.

Madhav had deleted a tweet questioning Ansari’s absence and then apologizing to him saying he later learnt that the Vice President was unwell.

Madhav also accused Rajya Sabha TV, the public service broadcaster run by Parliament’s Upper House, of blacking out live telecast of the Yoga Day event “completely” despite being run on taxpayers money. As Rajya Sabha Chairman, Ansari is the controlling authority for the channel.

This was contradicted by Gurdeep Singh Sappal, CEO of Rajya Sabha TV. “Baseless rumours. RSTV not just did live telecast of Rajpath event. But also had 3 documentaries, 1 special report today on Yoga”, he tweeted.

As the topic trended, Madhav deleted both the tweets including his apology.