Scribe community under threat; one more down | Newsmobile
Saturday, July 2, 2022

Home Cityscape Scribe community under threat; one more down 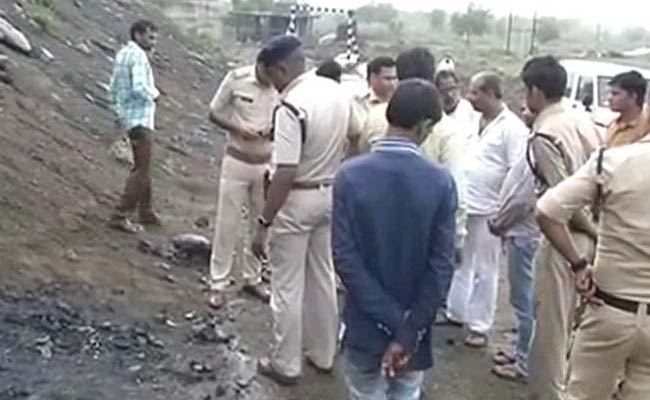 Balaghat (MP): A 40-year-old local journalist was burnt to death allegedly by three persons, suspected to be closely linked to sand mafia, who set him ablaze apparently over his refusal to withdraw a court case, police said on Sunday.
The burnt body of Sandeep Kothari, who was abducted from Katangi tehsil in Balaghat district two days back, was found lying near railway tracks at Sindi town in Wardha district of east Maharashtra on Saturday night, police said.

Additional Superintendent of Police Neeraj Soni said that Kothari was out of bail for the last two months in a rape case. “His (Kothari’s) body was identified by his brother,” it said.

BSP demanded a CBI probe into the murder, saying the scribe’s family was being “tormented” by the sand mafia in the past as he had “exposed” their activities.

“He was externed as he wrote against and also lodged complaints against manganese and sand mafias and other high and mighty people involved in organised crimes. His family too was tormented by mafias,” said Samrite.

Police have already arrested three persons, identified as Rakesh Nasvani, Vishal Dandi and Brijesh Duharwal — all from Katangi — in connection with Kothari’s murder.

The Sub-Divisional Officer of Police (SDOP) J S Markam said police suspected the trio were engaged in illegal mining and also running chit fund companies. He said they had allegedly kidnapped Kothari and set him ablaze.

They were pressurising Kothari, who was working as a tehsil correspondent for some Jabalpur-based Hindi dailies, to withdraw a case of illegal mining he had filed against some persons in a local court.

Police suspect Kothari was kidnapped and murdered because he refused to withdraw the matter.

“We are investigating the case from all angles and a police team is camping in Nagpur. It will be premature to conclude the exact reason behind the kidnapping and killing,” Markam said.

Kothari was abducted on Saturday night when he was headed towards Umri village with his friend on his bike.

His bike was hit by a four-wheeler and its occupants bundled him inside the vehicle and fled before beating up Kothari’s friend Rahandle who was riding pillion, the SDOP said.

Police have seized the car used for kidnapping Kothari, he added.

This is the third attack on a journalist, after two scribes were attacked last week in Uttar Pradesh, out of which one succumed to his injuries.