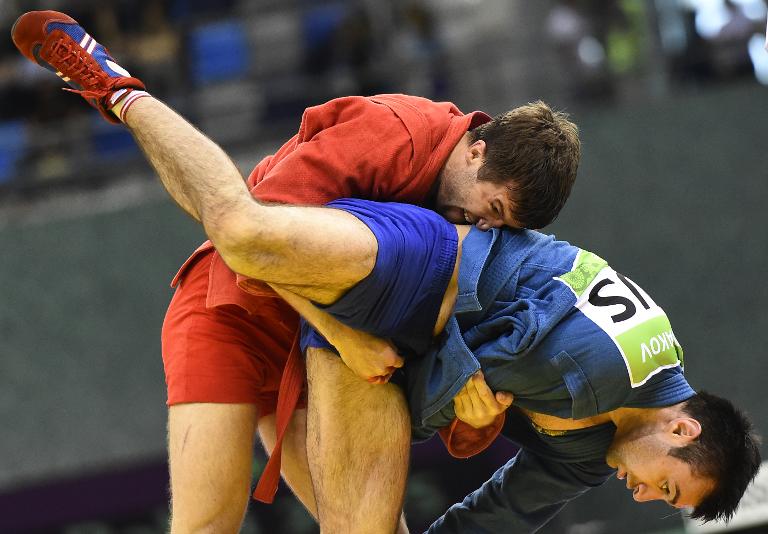 Not much remains from the ashes of the Soviet Union but in Baku on Monday sambo, a version of the martial arts sport that was spawned to toughen up the nascent Red Army’s fighting force, gained a wider audience when it made its bow at the European Games.

Indeed the Azerbaijan head coach Yaqub Abdullayev told AFP he believes this could be Sambo’s moment to thrust itself into contention for a spot eventually in the Olympics.

“In Baku the sport is entering a new phase, it is a huge step for our sport and indeed for others that aren’t Olympic sports. This could pave the way for getting onto the Olympic programme,” said Abdullayev in Azeri in an interview with AFP.

The main proponents of the sport are largely confined to the dominant power Russia — who have five in the eight finals, three of them against Azerbaijani opponents — and the countries that used to be part of the Soviet Union.

It has, however, been exposed to a literary audience by world-renowned Brazilian author Paulo Coelho, a sambo devotee, in his novel ‘The Winter Stands Alone’.

Coelho speaks of the “art of killing swiftly with one’s bare hands” but the form of sambo that the spectators will see on Monday is the milder of two types — both a mix of various martial arts including jujitsu, greco-roman wrestling and judo.

Sport sambo rather than combat sambo.

The latter — whose creator Vasili Oshchepkov fell victim to Stalin’s purges in the 1930’s, accused of spying for Japan and dying in prison apparently of a heart attack — allows almost anything, with participants permitted to use their heads and even grasp their opponents round their throat.

– you cannot kill someone –

Sport sambo — the combatants are dressed in coloured judo style tops with shorts — by contrast is rather more elegant. In training some of the moves resemble a romantic dance with legs interlocked, such as the one favoured by Abdullayev.

“Combat Sambo is brutal, sport sambo is not,” said Abdullayev, who has been part of the coaching team since 2003 and became head coach in 2012.

“In combat, you can use your hands (to punch), your legs (to kick) and even your head.

“You are allowed to prevent someone from breathing. In sport sambo, you cannot use your arms, legs or your head to hurt someone, you cannot kill someone!”

Abdullayev says the sport is becoming increasingly popular in Azerbaijan with around 5,000 samboists (10 percent of whom are female).

“Lots of children are becoming interested, motivated by the champions. It is taught in sports schools, not classic schools, and is very much in demand in military academies,” said Abdullayev, who conducts the training session in a discreet fashion, observing before stepping in and passing advice to the combatants, and never raising his voice.

Abdullayev, who says the top samboists in Azerbaijan earn a decent living and receive apartments from the government as well as gaining sponsors, claims sambo is gaining in popularity because it has facets to it that the traditional number one combat sport, wrestling, lacks.

“In wrestling, you cannot use your legs, in sambo you can. That is why it is becoming more popular. It is a combination of several martial arts,” said Abdullayev.

“Sambo is in its own way part of the fabric of Azeri culture.”

Abdullayev credits Jeyhun Mammadov for sparking interest in the sport when he all but ruled the world from 1987-97, being crowned world champion seven times and winning the European title on six occasions.

“He is the only Azerbaijani non-Olympic sportsman to be honoured by the president (Ilham Aliyev). He is a world star, everyone knows him,” said Abdullayev.

For French samboist Sarah Loko, the sport places demands on one mentally as well as physically.

“For me sambo is about adrenaline, gravity and strength. It is a sport involving a lot of movements, there is also a lot of body contact, one has to be very strong physically as well as mentally.”