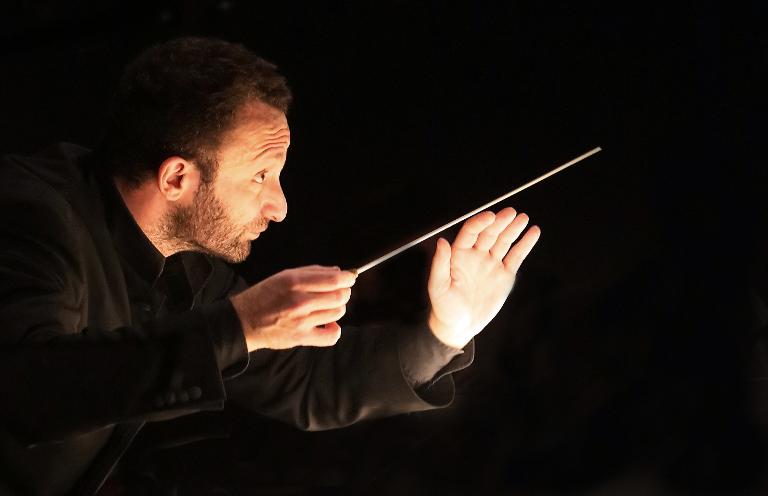 The Berlin Philharmonic, regarded as one of the world’s best orchestras, named 43-year-old Russian Kirill Petrenko as its new chief conductor in a surprise move Monday.

In an unannounced vote the day before, the orchestra’s 124 musicians picked Petrenko “by a big majority” to succeed Britain’s Sir Simon Rattle, who is stepping down in 2018, orchestra leaders said at a hastily-arranged news conference.

The Russian, who was not at the news conference, said in a statement released by the orchestra that words could not sum up the emotions he felt on taking over.

His start date is still being negotiated.

“I will mobilise all my strength to be a worthy leader of this extraordinary orchestra and am aware also of the responsibility and the high expectations,” he said.

The announcement was unexpected after members of the orchestra failed to elect a new chief conductor in May but said they would try again “within a year”.

While Petrenko’s name was frequently mentioned as a possible candidate, he had been seen as having only an outside chance because he is notoriously media-shy, a trait which would not seem to sit well with such a high-profile appointment.

Petrenko was born in Omsk, in southwest Siberia, in 1972. The son of a violinist and musicologist, he studied piano at the local conservatory and performed as a soloist with the town’s orchestra at the age of 11.

He first came to international attention while GMD in the tiny town of Meiningen in the east German state of Thuringia for his interpretation of Richard Wagner’s massive four-opera “Ring” cycle in 2001.

After that, he moved to Berlin’s Komische Oper (Comic Opera) from 2002 until 2007 when he was invited to conduct some of the world’s leading orchestras.

Modest and self-effacing, Petrenko has a reputation for being a fanatically meticulous “musician’s conductor”, painstaking in his preparation and rehearsals and with the ability to draw out the best from his orchestra.

He never gives interviews and has made few recordings. Despite effusive praise heaped on his “Ring” in Bayreuth — which he conducts for the last time this year — he refuses to allow a live recording to be made.

With an infectious smile, he has quickly wowed critics and audiences alike in Munich. He was named Conductor of the Year by Germany’s leading opera magazine Opernwelt in 2014.

The Berlin Philharmonic is unique in the world of classical music in that it chooses its chief conductor itself.

On May 11, the 124 voting members had been called to a church building in the southwest of the German capital.

Members are sworn to secrecy and are even required to leave their mobile phones and any recording devices outside for the conclave, often likened to a papal election, minus the white smoke.

Insiders said that vote failed because the favourite, Christian Thielemann, could not muster an overall majority.

A Berlin native, 56-year-old Thielemann is nearly unrivalled today in the core German repertoire of Beethoven, Brahms, Wagner and Strauss.

But after Rattle worked hard to expand the Philharmonic’s repertoire, moving into both baroque and contemporary music, rejuvenating the ranks of both the orchestra and its audiences, Thielemann’s much narrower and more conservative tastes were seen as a possible step back.

The other hot favourite was Latvian Andris Nelsons, 37, who heads the Boston Symphony Orchestra.

Rattle, who has led the “Berliner Philharmoniker” since 2002 and said in a statement he was “delighted” at Petrenko’s appointment, will take over as chief conductor of the London Symphony Orchestra in 2017.

He will spend the year after that commuting to London from Berlin — where he lives with his third wife, mezzo soprano Magdalena Kozena, and their young family — before handing over the Berlin baton.

The 60-year-old Liverpudlian, with his trademark mop of white hair, said recently that Berlin was “simultaneously the hardest and best conducting job in the world”.

Petrenko will be the Berlin Philharmonic’s seventh chief conductor.