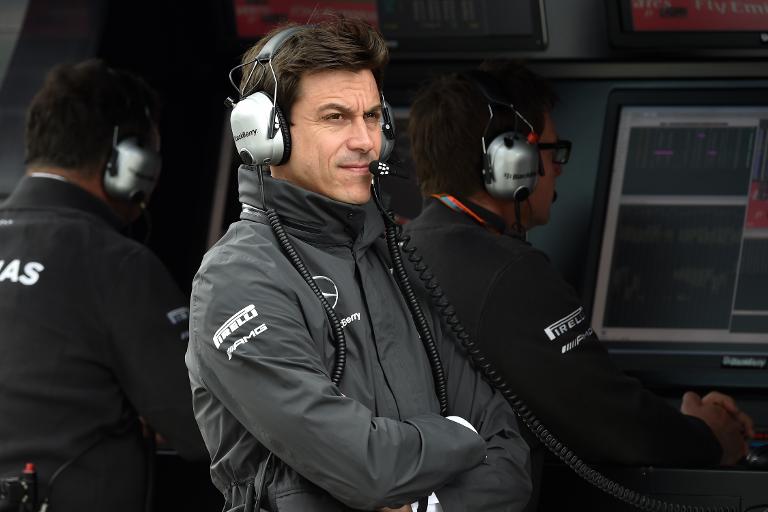 Nico Rosberg had much to celebrate after beating Lewis Hamilton to win Sunday’s Austrian Grand Prix, but his Mercedes team boss Toto Wolff admitted afterwards that his teamâ€™s domination was not good for the sport.

After a weekend of mounting speculation about Formula Oneâ€™s problems, Wolff conceded that Mercedes’ comfortable supremacy at the front of the pack was not good for business.

“In terms of the spectacle, a team winning over a long period is definitely detrimental,” he said. “We have seen that with the six years at Ferrari in the early 2000s.

“We have seen that with Red Bull four years in a row. So it is the second year for us. It doesn’t help the show, that’s clear.”

Wolff spoke after seeing Rosberg deliver a flawless drive to claim the 11th win of his career and reduce defending two-time champion Hamiltonâ€™s lead in this yearâ€™s title race to 10 points â€“ and after Red Bull owner Dietrich Mateschitz threatened to withdraw in frustration.

“You do have to see the bigger picture of Formula One,” said Wolff. “We do not say ‘We are winning and nothing else in our sport matters.’ Is it good that one team wins regularly and slightly predictably? No, probably not.

“We all have to get together and decide how we want to improve the situation.”

Red Bull’s disappointment in not only the quality and power of their engines supplied from Renault, but the current state of F1 with its plethora of penalties and complex regulations was clear throughout the Austrian weekend.

Sunday’s grid saw Australian Daniel Ricciardo and his Red Bull team-mate Russian Daniil Kvyat demoted to the back of the grid with a 10-place penalty for engine changes.

That left them ahead of only the crisis-hit and heavily penalised McLaren-Hondas of Briton Jenson Button, the 2009 champion, and two-time champion Fernando Alonso of Spain who appear to change their engines at every race and retire almost immediately.

On Sunday, the Japanese carmaker’s president Takahiro Hachigo was at the Red Bull Ring to see Alonso crash out in a collision with Finn Kimi Raikkonen of Ferrari on the opening lap and Button, who was handed a 25-place grid penalty, retire after eight laps.

Hachigo left it to his F1 deputy Yasuhisa Arai to insist Honda will not pull out. â€œThey believe, the chief executive and the board members, that we need time to win and it is a long-term vision,” he told reporters.

Red Bull clearly do not have that much patience.

In response to their quit threats, Ferrari reminded them that you cannot win all the time and then offered them a supply of engines â€“ an offer that Red Bull team chief Christian Horner said could not be considered until issues with Renault are resolved. A revamped power unit is planned.

The Red Bull teamâ€™s paddock magazine reflected their ironic view with a tongue-in-cheek front cover story that forecast Hamilton will win the world title from 2015 through to 2019. ‘World Exclusive: The future of Formula One,’ it declared.

Rosberg’s win threw that prediction into doubt as the German recorded his third win in four races to revive his challenge for the title and set up a duel at next month’s British Grand Prix where more political tensions, and frustrations, are likely to surface.