Home Sports Peru through, Colombia near exit at Copa America 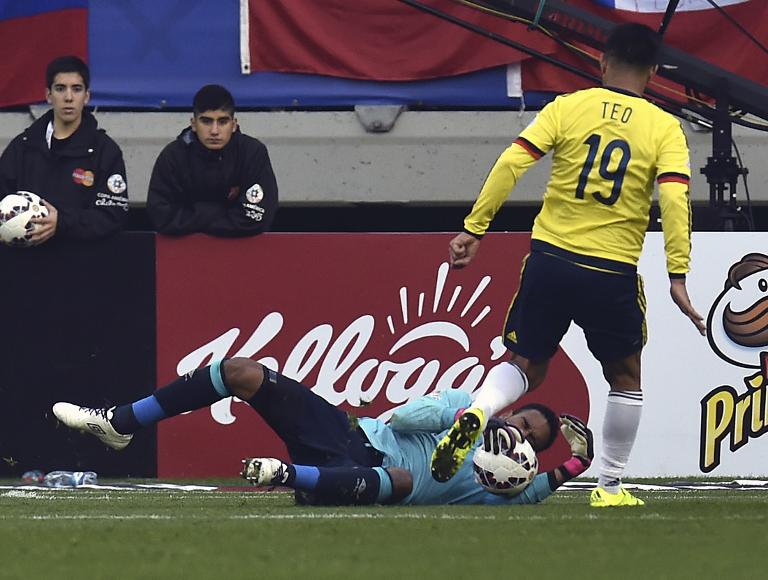 Peru qualified for the quarter-finals of the Copa America here Sunday after grinding out a 0-0 draw with Colombia that left their opponents’ fate hanging in the balance.

A tense Group C stalemate in Temuco means Peru and Colombia finished the first phase with four points each, level on goal difference.

However Peru are guaranteed of finishing ahead of the Colombians because of their superior number of goals scored in the tournament.

The result means that Colombia’s chances of reaching the knockout rounds will hinge on the outcome of Brazil’s match against Venezuela later Sunday.

But that game will kick off with the Brazilians and Venezuelans knowing that a draw will be enough to take each side through to the quarter-finals, leaving Colombia eliminated.

A 0-0 draw in the Brazil-Venezuela game would leave the Venezuelans with an identical tally of points, goal difference and goals scored to the Colombians, but they would advance because of their head-to-head results.

If the Colombians are eliminated they will only have themselves to blame after a lacklustre attacking performance against Peru.

The Colombians continued to pressure the Peruvian goal in the opening spell but all too often their final pass or shot lacked the precision to trouble Gallese.

As the game wore on Colombia’s team featuring European-based stars such as Real Madrid’s James Rodriguez and Juan Cuadrado seemed to run out of ideas, frustrated by a superb Peruvian defensive display led by Joel Sanchez and Christian Cueva.