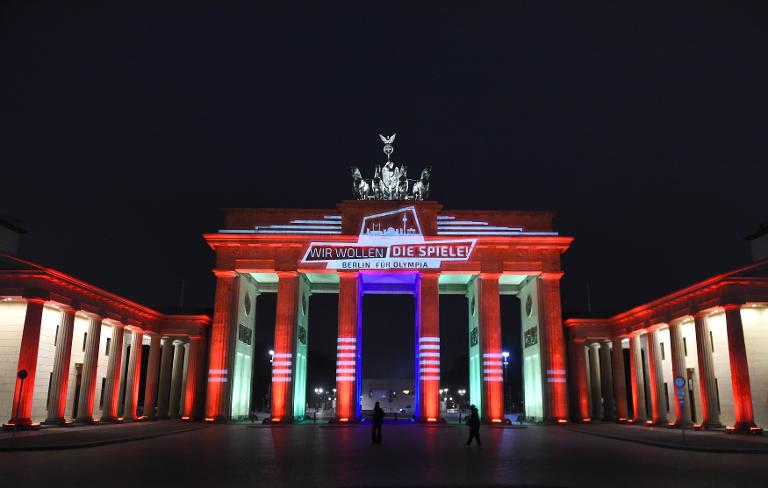 Paris and Budapest are set to enter the race for the 2024 Olympics on Tuesday and with more cities watching it could become a classic narrowly fought contest.

France is to use the annual Olympic Day to proclaim its bid, while Budapest’s city council will vote to become the fifth competitor.

The US city of Boston, Rome and Germany’s Hamburg are already lobbying for International Olympic Committee votes.

The campaign will be long however and other cities could still enter.

The Azerbaijan capital, Baku, which is hosting the first European Games, could soon make a pitch, Olympic officials said. The Qatar capital Doha is also considering a move.

Bids must be officially submitted by September 15 this year and the IOC will only make a decision at a congress in Lima on September 15, 2017.

Paris and Boston are considered frontrunners. The United States has not staged a summer Olympics since 1996 while 2024 would be the centenary of the last time the Games were in the French capital.

But Olympic officials say that new bid rules intended to make it cheaper and less onerous to host 10,000 athletes for two weeks should help outsiders.

Paris will roll out an Olympic declaration with more political and state pomp on July 14 when a national parade is held along the Champs-Elysees.

After the disappointment of failed bids for the Olympics in 2008 and 2012, when Paris was beaten by Beijing and London respectively, French officials are leaving nothing to hazard this time.

The proposal includes holding one sport under the Eiffel Tower as well as at the Stade de France used for the 1998 World Cup final.

Tony Estanguet, France’s photogenic triple Olympic canoe champion will be one of the bid leaders.

On the financial side, French organisers say the cost will be about six billion euros ($6.8 billion) and they will get a big chunk of that from the IOC.

But the IOC wants to see a high level of public support from whichever city wins the Games. “The IOC will only go where it is welcome,” according to Alfons Hoermann, president of the German Olympic Sports Confederation (DFSB).

And worries about the cost have weighed on the debate in all the candidate cities.

Paris mayor Annie Hidalgo has promised a “grand consultation” with the public in 2016 on the Games bid. She has not yet said what form it will take.

Boston organisers have promised a referendum and a public vote will be held in Hamburg in September. Organisers in both cities face a strong ‘no’ campaign but say they are optimistic.

Boston was only chosen by the US Olympic Committee in January but has already had to change its bid chief as polls indicated people in the northeastern city were cooling on the prospect of hosting the Games.

The Rome bid has been praised by some international sports officials for its professional campaign. But at home it has been attacked by some politicians, partly over fears that the Mafia could take over contracts.

Budapest mayor Istvan Tarlos, who had once said a bid was unviable, only started backing the idea in May.

Bernard Lapasset, head of the Paris campaign, has thought up slogans such as “the Games finance the Games” to win over any French doubters. He says any public spending must be prioritized so that it meets “the country’s real needs”.