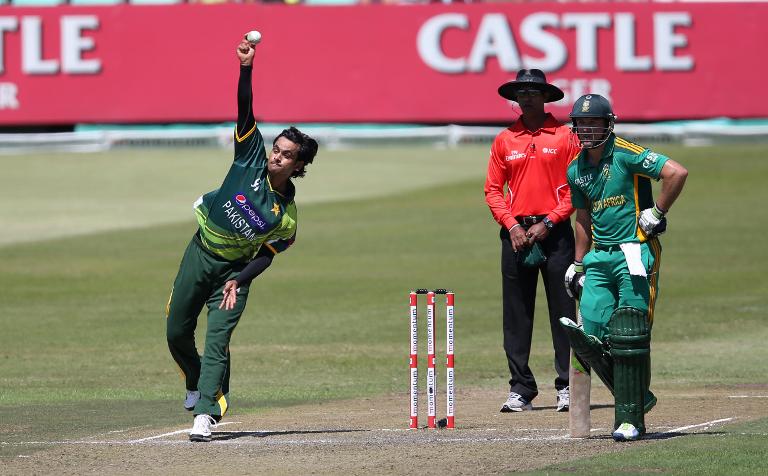 Pakistan off-spinner Mohammad Hafeez may face a lengthy ban from bowling after the International Cricket Council said on Monday his action had been reported for the second time in seven months.

The umpires reported Hafeez after Pakistan’s 10-wicket victory over Sri Lanka in Galle on Sunday, the governing body said in a statement, adding the team management had been informed.

“The match officials’ report, which was handed over to the Pakistan management, cited concerns about the legality of the 34-year-oldâ€™s bowling action during the course of the match,” the statement said.

Hafeez had been reported for a suspect action during the Abu Dhabi Test against New Zealand last November. But in April he was cleared to resume bowling after being tested at a bio-mechanics clinic in Chennai.

Since then he has bowled in nine international matches — in Bangladesh, at home against Zimbabwe and in Sri Lanka where he took two wickets in 20 overs in Galle.

The ICC statement said Hafeez would have to undergo testing within 14 days of receiving the official report. If his action is found to be illegal, he will not be allowed to bowl for a year.

“As a result of this report he will now be required to submit to further testing within 14 days,” the statement said.

“As it will constitute the player’s second report within a two-year period… should the second independent assessment also determine that he bowls with an illegal action, he will automatically be suspended from bowling in international cricket for a 12-month period.”

Since Hafeez can bowl until the test results are declared, it effectively makes him available for the remaining two Tests against Sri Lanka in Colombo (July 25-29) and Pallekele (July 3-7).