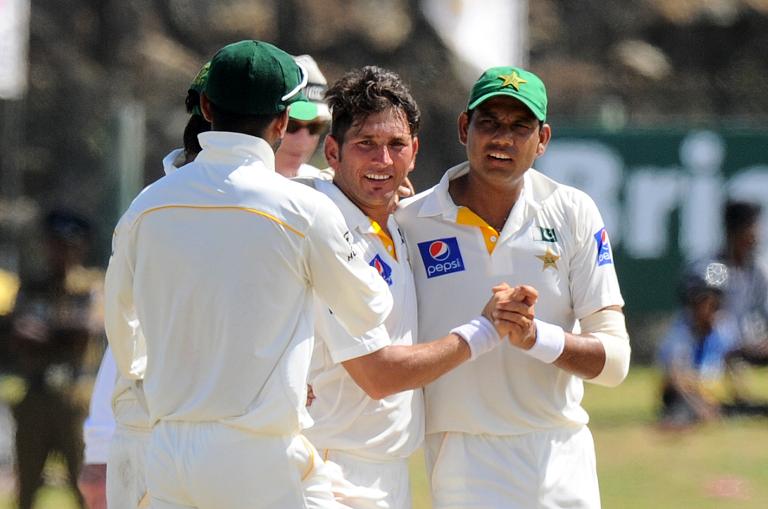 Former Pakistan greats on Monday hailed their country’s come-from-behind victory in the first Test against Sri Lanka at Galle, which gave them the Asian record for most victories in the game’s longest format.

Pakistan beat Sri Lanka by ten wickets in a match reduced to four days due to rain, dismissing their opponents for 206 in their second innings and knocking off the necessary 90 runs at more than eight an over without losing a wicket.

Sri Lanka have 71 wins from 236 Test matches while relative newcomers Bangladesh have seven from 91.

Leg-spinner Yasir Shah then ripped through the Sri Lankan second innings with figures of 7-76 — the best by a leggie in Sri Lanka — to help Pakistan turn the tables on their hosts.

“The duo batted with guts and responsibility and turned the tables from a point where Pakistan faced the follow-on, so their contribution was notable,” he said.

Another former captain Wasim Bari said Ahmed’s 96 — which came off just 86 balls and included 13 fours — was particularly crucial. “Ahmed batted aggressively and turned the match on its head,” he said.

But he warned the players against a resurgent opposition as Pakistan seek their first series win in Sri Lanka since 2006.

“Now after the first Test win players will have to take more responsibility because Sri Lanka will come back strongly,” he said.

The second of three Tests starts in Colombo on Thursday. The teams will also play five one-day and two Twenty20 internationals.