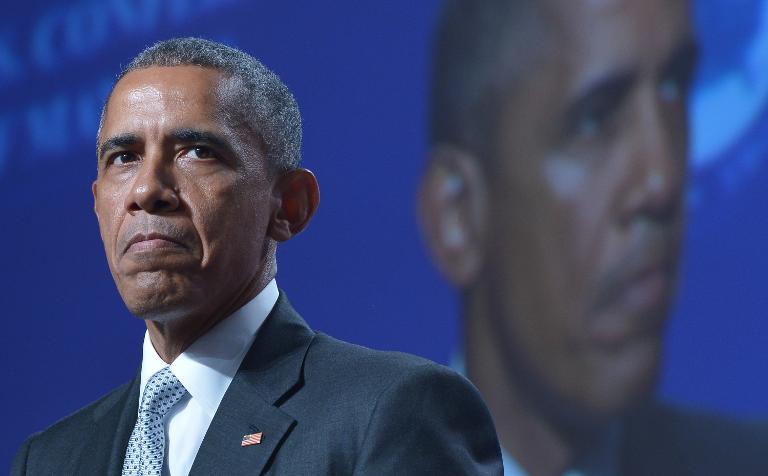 US President Barack Obama underlined the depth of his frustration over American’s ongoing battle with racism Monday, employing the racially-charged “N-word” in a radio interview to underline a point.

Obama made his remarks to “WTF with Marc Maron” as the nation was struggling to comprehend the murders last week of nine African American churchgoers at an evening prayer service, allegedly at the hands of a white supremacist.

The president’s frank response sparked fresh controversy because of his use of “nigger” in the interview — a word so charged that most Americans dare not even utter it, using the term “N-word” instead.

“It is incontrovertible that race relations have improved significantly during my lifetime and yours, and that opportunities have opened up, and that attitudes have changed,” the president told the show’s host, comedian Marc Maron in remarks released on Monday.

“What is also true is the legacy of slavery, Jim Crow, discrimination in almost every institution of our lives, you know, that casts a long shadow and that’s still part of our DNA that’s passed on,” the US leader said. “We’re not cured of it.”

“It’s not just a matter of it not being polite to say ‘nigger’ in public,” Obama continued. “That’s not the measure of whether racism still exists or not.”

His comments were made public five days after the shooting at Emanuel AME Church in Charleston, South Carolina, the bloodiest attack on a black church in the United States, since the civil rights era.

The alleged shooter, Dylann Roof, 21, has been charged with murder and is being held in jail.

The shooting on Wednesday occurred with the nation already emotionally raw from a spate recent of racially tense confrontations between police and African Americans.

Police killings and the subsequent protests triggered debate about the persistence of racial injustice decades after inroads made during the civil rights movement.