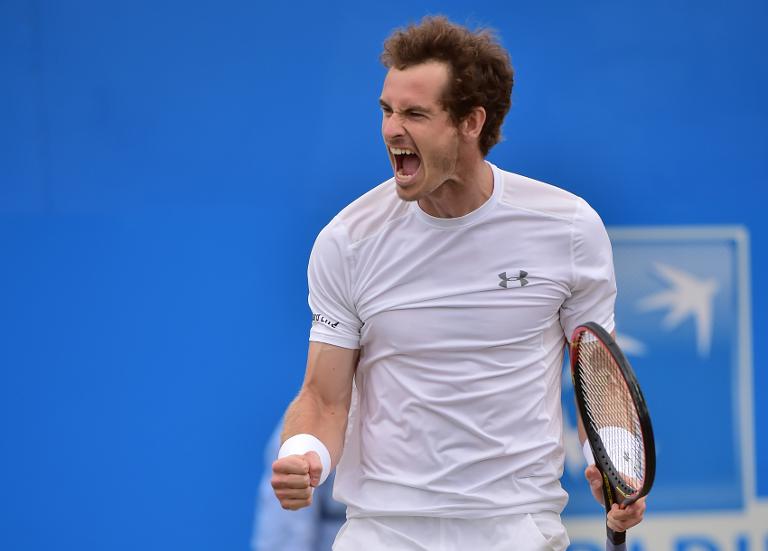 Andy Murray set his sights on ending his barren run against Novak Djokovic after the world number three wrapped up his Wimbledon preparations with a sublime demolition of Kevin Anderson in the Queen’s Club final.

It has been a memorable year for Murray, with an Australian Open final appearance followed by his wedding to Kim Sears in April.

The usually taciturn 28-year-old was so enthused by his fine week’s work in west London that he claimed he is playing even better than when he secured his historic Wimbledon triumph in 2013.

“You have to improve. If you don’t people will take your spot,” Murray said.

“Physically I’m definitely in a better place than I was then and I’m using my variety much better just now. That’s been good for me.”

But there is still one big issue looming for Murray as he heads to Wimbledon’s practice courts before the tournament gets underway on June 29.

For all his success over the last six months, he has failed to solve the problems posed by world number one Djokovic.

Murray has lost only six of his 41 matches in 2015 and four of those defeats have come against Djokovic, in the Australian Open and Miami finals and the last four in Indian Wells and Roland Garros.

Yet Murray draws strength from his performances in several of those matches, as well as his Wimbledon and US Open final wins over the Serb, and insists he can close the gap if they meet again at the All England Club.

“It’s obviously a shame I’ve lost to Novak, but I’ve been close in a lot of the matches,” Murray said.

“He’s had a great year and there’s no disgrace in losing to him. But if I want to win the major competitions I have to beat him.

“I’ve done it before when I won US Open and Wimbledon and the Olympics, and I need to continue to improve and learn from those matches.

“There’s only one player in the world that’s played better than me this year.

“I would like to be that player and hopefully in the future I can be.”

Stan Wawrinka exposed a few chinks in Djokovic’s armour when he unexpectedly won their French Open final and Murray believes the reigning Wimbledon champion will still be coming to terms with a loss that denied him a career Grand Slam.

“He was very close to achieving something that very few players have done that he probably needed some time away to rest and relax and get his head right before getting prepared for another Slam,” Murray said.

The last time Murray won Queen’s in 2013 he went on to become the first British man to win the Wimbledon singles’ title for 77 years.

But, despite his blistering form of late, he has no intention of taking success at the All England Club for granted.

“It’s great preparation, but there are no guarantees that winning here gives you a Wimbledon title,” he said.

“It gives me that little bit of confidence going in there, but all sorts of things can happen during slams.

“I need to go out there and earn it.”

Murray’s challenge will be bolstered by the return on Monday of his heavily pregnant coach Amelie Mauresmo, who handed over the reigns to Jonas Bjorkman while she took a break during Queen’s.

“It’s been a good start with Jonas, but I also have to give a lot of credit to Amelie,” he said.

“The work I’ve done with her is paying off. Hopefully a culmination of the two of them will give me more success.”