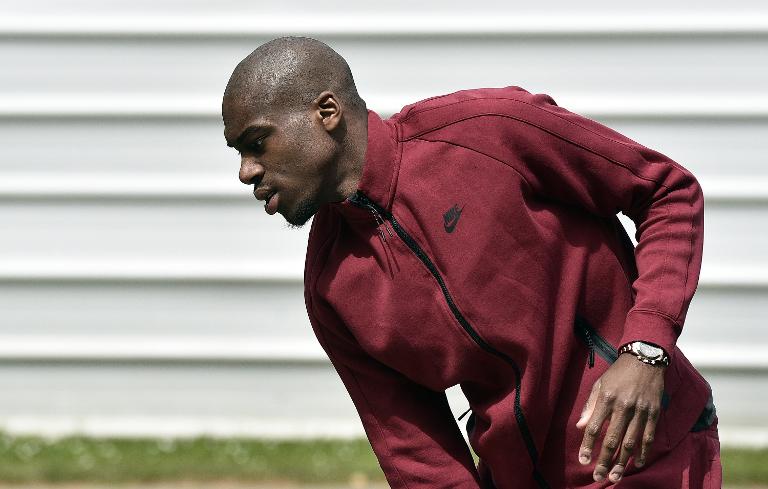 French international Geoffrey Kondogbia has completed his move from Monaco to Inter Milan, signing a five-year deal with the Serie A club after snubbing city rivals AC Milan at the 11th hour.

Kondogbia completed his medical with Inter on Monday morning, after which a club official told AFP: “He will be unveiled to fans after 5p.m. this evening in Milan.”

Inter have yet to publish an official statement although the club’s Twitter feed showed a picture of Kondogbia in a club shirt with a short message confirming his signature: “Contracts signed with Monaco for the transfer of Geoffrey Kondogbia.”

The 22-year-old Frenchman, who spent two seasons at Monaco after joing the Ligue 1 club from Sevilla, is expected to earn four million euros ($4.5m, Â£2.9m) a season plus performance-related bonuses after making a last-gasp decision to snub AC Milan.

Monaco are expected to receive a fee believed to be in the region of 35m euros.

Milan CEO Adriano Galliani said Sunday he believed he had tied up Kondogbia’s move to the seven-time European champions on Friday afternoon.

“At 1.30 (pm) it was all done,” Galliani told La Gazzetta dello Sport. “Monaco had given us the green light for the transfer at â‚¬40m with payment spread over two years, â‚¬20m and â‚¬20m.”

However Inter flew in with a late, improved offer which appeared to sway the player and his representatives.

Galliani added: “After we exchanged the documentation, at 1.30pm everyone disappeared. Obviously they changed their minds or the others offered more.”

Galliani has since suffered a backlash on social media, with angry Milan fans demanding his departure after failing to secure the services of the Frenchman, who had been courted by some of Europe’s top clubs.

Inter, meanwhile, are rubbing their hands at gazumping their bitter city rivals.

The marauding midfielder, who has been compared to retired French international Patrick Vieira, had also been linked with a move to Manchester City, Real Madrid, and Juventus after showcasing his talents last season when Monaco reached the quarter-finals of the Champions League.

Kondogbia’s physical strength, cool head under pressure and technical skill should make him a welcome addition to an Inter side that featured plenty of big names last season but which simply failed to click.

Inter sacked Walter Mazzarri last November and replaced him with Roberto Mancini, who had steered Inter to seven trophies including three consecutive league titles in his first spell in charge of Inter in 2004-2008.

But former Manchester City and Galatasaray handler Mancini failed to provide the remedy as Inter slipped to an eighth-place finish at 32 points behind four-time consecutive champions Juventus.