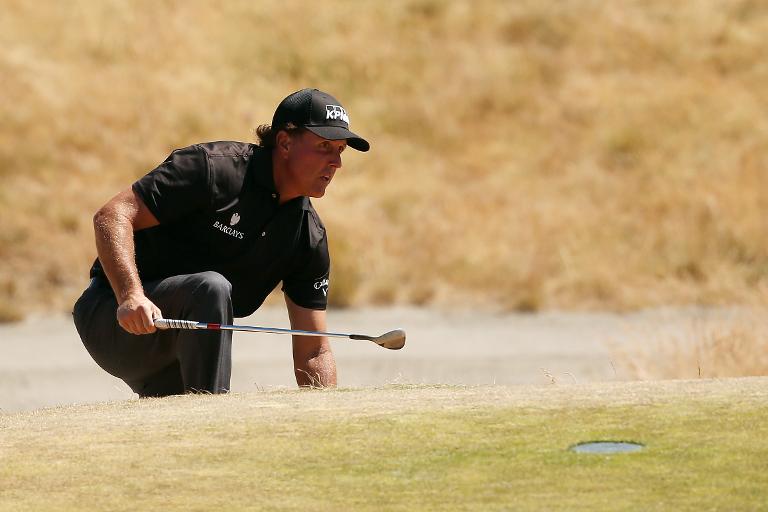 Phil Mickelson wound up another US Open campaign at Chambers Bay on Sunday and once again the long wait for a win goes on.

It was the 45-year-old American’s 25th bid to add the US Open crown to the five majors he has won previously – three Masters, one PGA Championship and one British Open.

And it ended on a distinct down-note as he totally fluffed a greenside chip en route to a double bogey seven at the last.

That gave him a closing round of 73 and an overall finish of 13 over, his worst performance since a 16-over effort in 2012.

Mickelson owns a record six runner-up finishes in the US Open, the last coming behind Justin Rose at Merion, Philadelphia two years ago.

He needs that title to become just the sixth man – after Tiger Woods, Jack Nicklaus, Gary Player, Ben Hogan and Gene Sarazen – to win all four Grand Slam titles during the course of his career.

Mickelson completed his round some two hours before the leaders were due to set off and he had little to say afterwards.

“I enjoyed coming to Washington to play a major Championship event. The people here appreciate the PGA Tour players and the US Open and have really supported it,” he said.

“It was fun to play here. The community helped run a really first-class event, and I wish I had played better.”