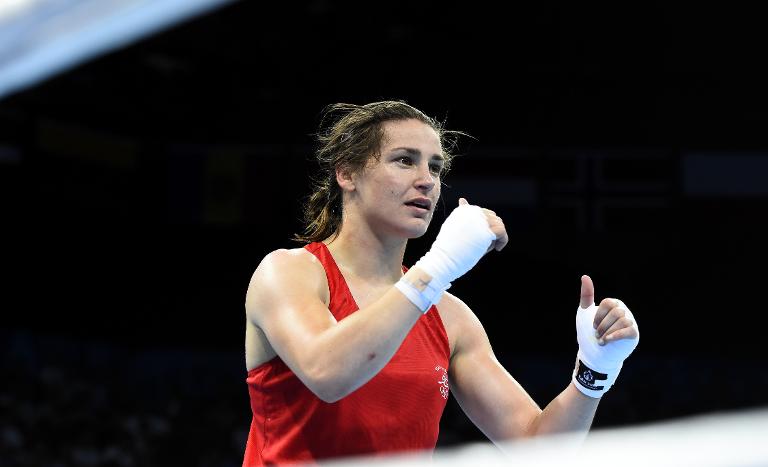 Irish boxing great Katie Taylor has accrued enough gold to make even King Midas jealous but she is not satisfied yet and while delighted there is a younger generation emerging she is keen to put them in their place, beginning in Baku.

The 28-year-old Olympic lightweight champion — who also has five world and six European crowns to her name — got her campaign for an inaugural European Games title under way by beating experienced Bulgarian Denista Eliseeva, the last boxer to defeat her, albeit in controversial fashion, four years ago.

However, whilst Eliseeva at 34 is no longer the force she was others such as 19-year-old Swede Ida Lundblad, whom she meets next on Wednesday, and four-time French champion and European silver medallist Estelle Mossely, 23 and who is seeded to meet her in the final, are seen as the flagbearers of the new wave.

“It is always great to have a new generation coming through, it reflects the way the sport is growing, both in quality and interest, and the talent out there is outstanding,” said Taylor, who is trained by her father Peter.

“However, that is not to say I am going to step aside and wave them on. I think I have a lot to prove to the young boxers and I am looking to stamp my authority on them.

“I want to leave a great legacy and continue to win every major championships and I think it’s always great to have new challenges. Mossely is a fantastic fighter but I’m not thinking about her at the moment.”

Taylor, who also represented Ireland in football and is a talented Gaelic footballer, denied her appetite for more titles had diminished.

“Absolutely I want this title,” said Taylor, who is an ambassador for the Games and also was the Irish team flagbearer, as she was at the opening ceremony of the London Olympics.

“I am hungrier than I ever was to win championships.”

Taylor, who along with fellow Olympic heroines British duo Jade Johnson and Nicola Adams have given the Games a much-needed lustre with the leading continental track and field athletes and swimmers absent, said the wrist injury she suffered when winning her fifth world title in Korea last November seemed resolved.

It is just as well for in Lundblad she will face a tough opponent.

The Swede had a top class junior record having been crowned both European and world champion in 2012 and 2011 respectively before showing the senior ranks held no fears for her when she was crowned European champion last year, admittedly in a different weight category.

“My wrist held up well, but sure I had two bouts before I came out here, so I was already reassured it was in good enough shape,” said Taylor.

“Lundblad is a type who likes to brawl, but I like that, someone who is prepared to stand there and fight and trade punches.

“It is always good to get the first fight out of the way and blow away the cobwebs. I’ll be a lot sharper for the next one.”