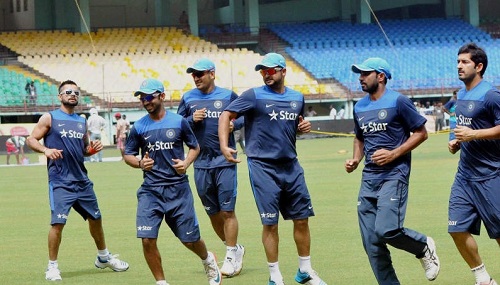 New Delhi:Â India’s upcoming tour to Zimbabwe has been called off due to broadcast issues between the Board of Control for Cricket in India (BCCI) and the series broadcaster Ten Sports as well as to give players much-needed rest.

This will mean that India’s next assignment will be in Sri Lanka, where the team is scheduled to tour for Tests as well as a limited-overs series.Â India were scheduled to play three ODIs and two T20 Internationals in Zimbabwe from July 10.Â

There were always a cloud of uncertainty over the tour due to the broadcast issue, which prompted Zimbabwe Cricket to issue a a press release on Sunday that it may be postponed for next year. The release further add that it was hopeful of going ahead with India’s tour and it was in constant contact with both the BCCI and Ten Sports to resolve the issues before the series.

“There have been reports that an issue over Zimbabwe Cricket’s broadcasting partner is threatening the forthcoming India tour to Zimbabwe. The position is that ZC is in constant contact with both the BCCI and Ten Sports, over issues which should be resolved before the tour,” the ZC release said.

Meanwhile,Â IndiaÂ suffered their first-ever series defeat against Bangladesh on Sunday after the hosts claimed a six-wicket win in Dhaka to take an unassailable 2-0 lead in the three-match ODI series.