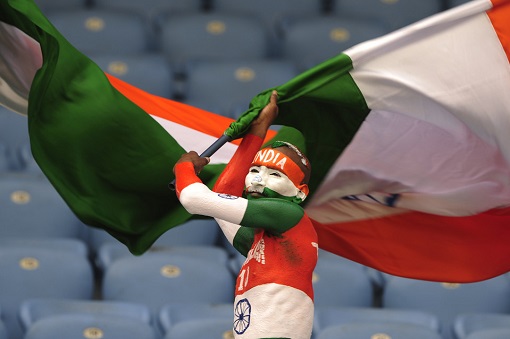 New Delhi: It isnâ€™t just the Indian team thatâ€™s bearing the brunt of the humiliating loss at the hands of the Banga team; even the fans are!

Sudhir Gautam, who has devoted his life to Sachin Tendulkar and Indian cricket has claimed that he was attacked by Bangladeshi supporters in Dhaka after India’s loss in the second one-day international on Sunday.

“As soon as I left the stadium, people mobbed me and started snatching the Tricolour, breaking the handle of the flag. Two policemen who were outside the stadium came to my rescue and they escorted me to an auto-rickshaw. But the mob further attacked the auto and tried to break into it. They even hurled stones on the vehicle but luckily the auto was covered completely and I didn’t get hurt,” Sudhir told a Hindi news channel.

Sudhir, who is an ardent Sachin Tendulkar fan, still travels the world to cheer for the Indian team whenever they play international cricket. This was his eighth trip to Dhaka to see Team India play.

Bangladesh have provided MS Dhoni and his team with maximum security and even banned terror outfits with anti-Indian sentiments, however, such embarrassing behaviour was uncalled for, especially as Bangladesh were doing the talking on the field against India.

The Indians have already lost the ongoing ODI series after losing their first two matches.