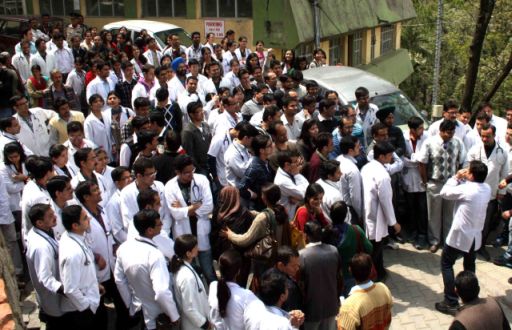 New Delhi: The national capital is set to face a major healthcare crisis as over 2,000 resident doctors in the city have gone on an indefinite strike on Monday, demanding security at workplace, basic amenities and timely payment of salary.

According to reports, the strike was called in protest against the government’s failure to fulfill the demands made by the doctors. Doctors from 20 hospitals across Delhi, including major hospitals like Safdarjung Hospital, Maulana Azad Medical College, Ram Manohar Lohia Hospital and Lady Hardinge Medical College have joined the strike.

The strike is likely to affect private wards and OPD services. However, emergency services are expected to remain uninterrupted.