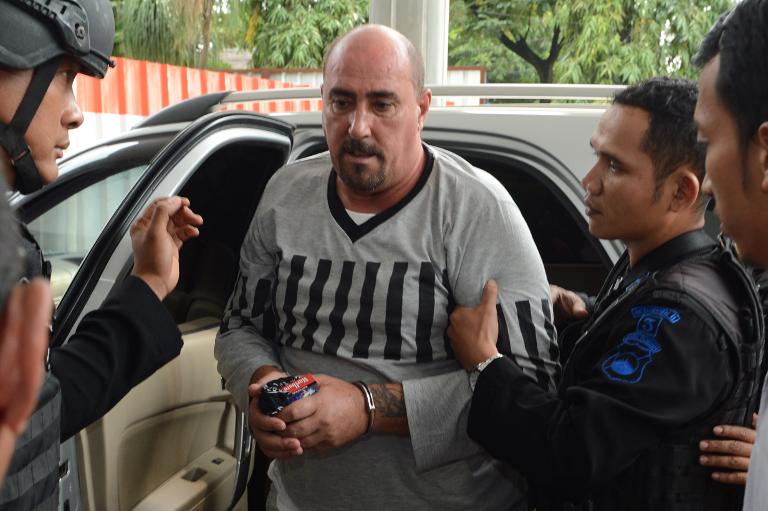 A French drug convict lost an appeal against his death sentence Monday, but his lawyers vowed to fight on and prevent another foreigner from facing the firing squad in Indonesia after a series of executions that generated an international uproar.

Serge Atlaoui, 51, was due to be executed alongside seven other foreign drug offenders two months ago but won a temporary reprieve after Paris stepped up pressure, with authorities agreeing to let an outstanding appeal run its course.

The execution in April of two Australians, a Brazilian and four Nigerians sparked global anger. But President Joko Widodo insists convicted traffickers must be harshly punished, saying Indonesia is facing a crisis due to rising drug use.

On Monday the State Administrative Court in Jakarta dismissed Atlaoui’s latest appeal, in which his lawyers argued that the president rejected the convict’s plea for clemency without proper consideration.

The court upheld its previous decision from April that it did not have the jurisdiction to hear the challenge to the clemency plea, which is typically a death row convict’s final chance to avoid execution.

“We are disappointed with the decision but we will continue to find other legal avenues,” Atlaoui’s lawyer Nancy Yuliana told reporters, adding that the legal team was still considering its next steps.

“From the very beginning, we knew that he was innocent… We are not asking for him to be set free, we are just asking for his sentence to be reduced to life imprisonment.”

Tony Spontana, a spokesman for the attorney-general’s office, which is in charge of executions, told AFP that the authorities “appreciate this decision”.

However he signalled the execution would not happen during Islam’s holiest month, Ramadan, which ends mid-July in the world’s most populous Muslim-majority country.

“I think it’s not a wise decision to carry out an execution in Ramadan,” he said.

Atlaoui, a welder, was arrested in 2005 in a secret drugs factory outside Jakarta, with authorities accusing him of being a “chemist” at the site.

But the father of four has maintained his innocence, claiming that he was installing machinery in what he thought was an acrylics plant.

He was initially sentenced to life in prison but the Supreme Court increased the sentence to death on appeal.

France has mounted a diplomatic campaign to save him, warning Jakarta of unspecified consequences if he is put to death and questioning Indonesia’s legal system, which has a reputation as deeply corrupt.

Following Monday’s decision, France’s European Affairs Minister Harlem Desir said “the whole of the French diplomatic service” was being mobilised to save Atlaoui.

“I want to restate our determination to fight against the death penalty everywhere in the world and, of course, to save the life of our compatriot,” the minister told French television.

After Widodo took office in October, he rejected pleas for clemency from Atlaoui and other foreigners, many of which had been pending for years.

Atlaoui is among several foreigners who have sought to appeal against their death sentences since the president’s move, but none has so far succeeded and authorities have accused the convicts of trying to buy time.

The failure of the Frenchman’s latest legal bid came after the Supreme Court in April rejected another appeal — a request by Atlaoui’s legal team for a judicial review of his death sentence.

Indonesia pushed ahead with the April executions despite global condemnation led by UN chief Ban Ki-moon.

Indonesia has some of the toughest anti-drugs laws in the world. Jakarta resumed executions in 2013 after a hiatus of several years and since Widodo took office, 14 drug convicts, mostly foreigners, have been executed.