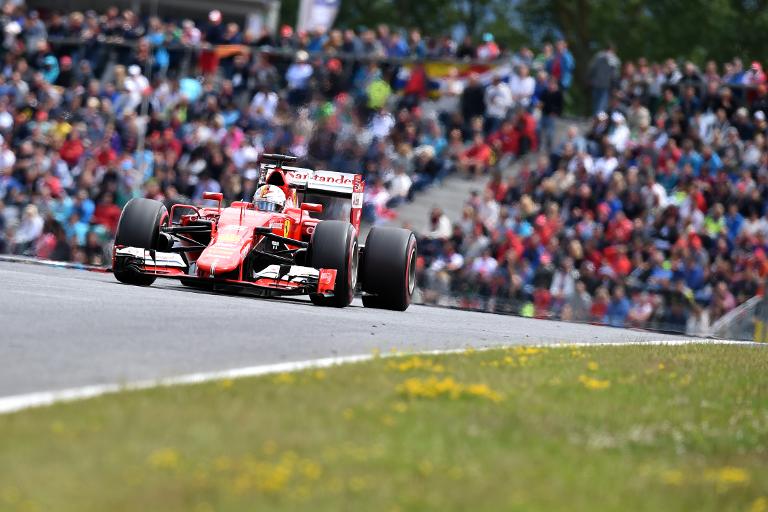 The outspoken Italian said he did not blame fourth-placed Vettel or his mechanics when he had problems with the right rear wheel during his pit-stop in an eventful race won by Nico Rosberg for Mercedes.

The delay cost Vettel his position as Brazilian Felipe Massa of Williams swept by to take third and then held on to it under pressure in the closing laps.

“We had a problem with the wheel nut and it’s not the first time,” said Arrivabene. “So, we have to make sure that it does not happen again.

“It was not a problem of the mechanics. It was our fault and we have to make sure we fix it. We threw away one more time a podium for a stupid piece that we need to recoverâ€¦

“We need to fix this as soon as possible. It’s not the first time and for me it’s not acceptable.”

The nuts used by the teams have extra-large grooves and fewer of them to enable fast stops.

Vettel praised his crew for the way in which they handled the problem.