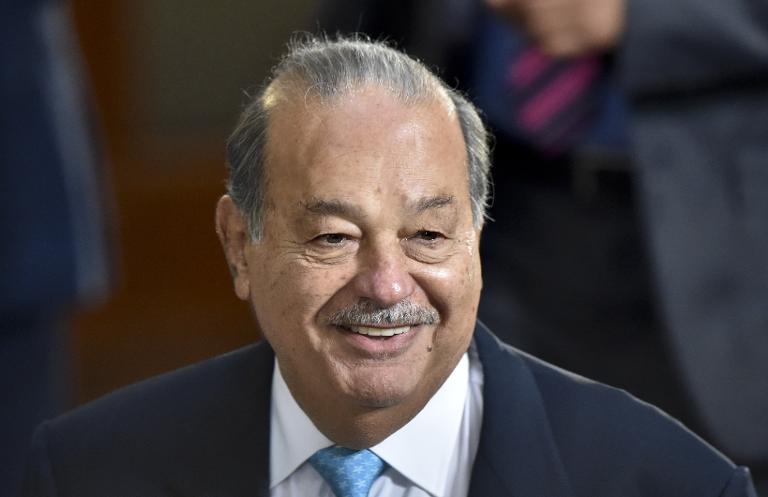 They buy 10 Porsches a day and travel the world by private jet, toting their Louis Vuitton bags and leaving behind a faint scent of Chanel.

They are Latin America’s super-rich, and they are multiplying faster than anywhere in the world, coveted by luxury brands keen to tap their buying power, but criticized for paying low taxes in a region plagued by inequality.

Latin America, a region of some 600 million people, is home to nearly 15,000 “ultra high net worth” individuals, or people with fortunes of at least $30 million, according to luxury industry consultancy Wealth-X.

The number rose five percent last year, while the number of billionaires rose to 151, a 38 percent increase.

That was the fastest growth rate for billionaires of any region on Earth.

“We’ve clearly identified it as one of the regions where individual wealth is in an exceptional growth phase,” said Sophie del Campo, head of the firm’s Iberian division in Madrid.

Ensconced behind the high walls of their luxury villas, the mining magnates, telecoms tycoons, large landholders and others who make up Latin America’s uppermost crust can be less visible than the region’s poor.

But they are the flipside of its intractable inequality problem.

Their lavish lifestyles and growing numbers are attracting keen interest from the global luxury industry, eager to expand to new markets and court new customers in existing ones.

Porsche is one example. Since arriving in Latin America 15 years ago, the German sports car maker has increased annual sales to the region from less than 300 vehicles to nearly 3,900 vehicles, said George Wills, president of Porsche Latin America, which is based in Miami.

The region’s largest economies, Mexico and Brazil, remain the “volume drivers,” he said.

“But if you look in terms of the markets themselves, the markets that are enjoying good growth are markets like Peru, Colombia, Panama… with 60 percent growth in some of them.”

According to market research firm Euromonitor, the Latin American luxury market will total $26.5 billion in 2019, up 88.8 percent from 2014 — the strongest growth in the world.

The boom applies to big-ticket luxuries, too.

Mexico is the world’s second-largest market for private jets, behind the United States, with Brazil poised to surpass it within the next decade, according to a recent market study by Brazilian jetmaker Embraer.

What is clear is that their numbers are growing, in some cases because family fortunes have been divided up among heirs, said Mykolas Rambus, the chief executive of Singapore-based Wealth-X.

“The amount of wealthy people globally is booming and that is true in Latin America: it’s growing at a very good pace,” he said.

But the super-rich also face growing scrutiny in countries like Nicaragua, where 42.5 percent of the country lives below the poverty line but 210 ultra-wealthy individuals control a combined fortune of $30 billion, equal to 2.5 times the country’s annual economic output.

Moreover, the latter “pay very low taxes, both in international terms and compared to what they are supposed to pay,” he said.

“Taxes on wealth are very low in Latin America, and inheritance taxes are almost nonexistent.”

But it is easier said than done.

Ecuador’s socialist President Rafael Correa had to back down last week from plans to start taxing inheritances of more than $35,400 after an outcry from the business world.