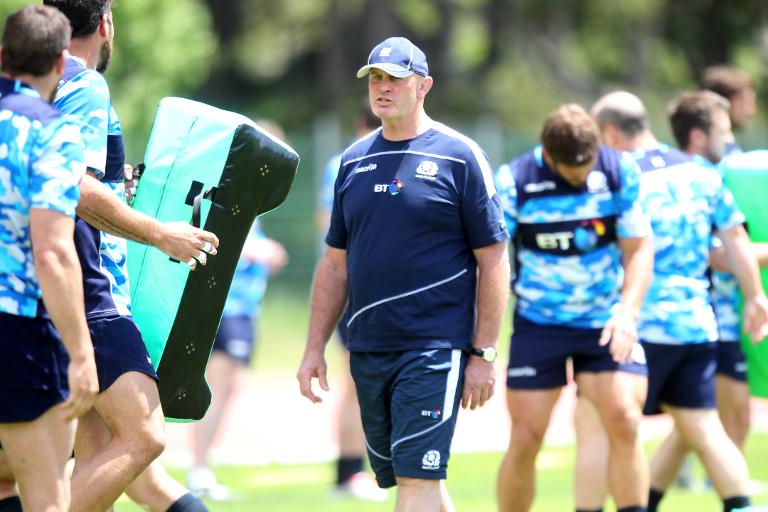 Scotland’s preparations for a testing Rugby World Cup pool have been kick started at altitude and included a night under the stars with French military forces as coach Vern Cotter sought to push his 46-man squad out of their comfort zone.

The Scots suffered a disastrous Six Nations campaign under Cotter, the New Zealander who relocated to Edinburgh from Top 14 club Clermont.

Cotter was frank after the final-day capitulation to Ireland, saying there had been aspects of the Scottish game “that were brought home with brutal clarity”.

And what better place to kick start World Cup preparations than at a cold and windy 1,800 metres altitude in the Pyrenean mountains in southwest France.

First up for the extended squad, which will be cut from 46 to 31 on the August 31 deadline, was some military fun.

“We spent a day and night with the soldiers,” Cotter said.

“Our cohesion is important. The first day with the soldiers was hard, we did a testing circuit followed by a tough walk in the mountains and a night under the stars.

“We had to cook, find somewhere to bed down and stay warm.”

Cotter explained: “The idea is to challenge the squad at 1,800m of altitude.

“Everything’s here to work well. This place was chosen to kick off our World Cup campaign.”

Cotter said that he had fallen on Font-Romeu, well known as a training base for athletes seeking a high-altitude boost, after a chat with one of his former Clermont players.

“I think it was decided after a chat with Julien Bonnaire, who was here for France’s preparations for the 2007 World Cup and found it really great,” the Kiwi said.

“The eight-day camp will be based on physical training. We’ll mix the sports so we do a bit of judo, boxing, wrestling and also work a bit on individual technique.

“It’s more about taking the players out of their comfort zone.

“We’ll try to put them in some tough conditions and work them hard.

Turning to the World Cup, where Scotland have been drawn in Pool B with South Africa, Samoa, Japan and the United States, Cotter said he was happy with four warm-up games before coming up against what promises to be a physical group.

“We have four matches before the World Cup starts,” he said.

“We have a 46-man squad, so we’ll play three matches: Ireland and Italy twice.

“After that we’ll announce the 31-man squad for the World Cup and then have a match against France at Stade de France, and then we’re pretty much straight into the tournament itself.”