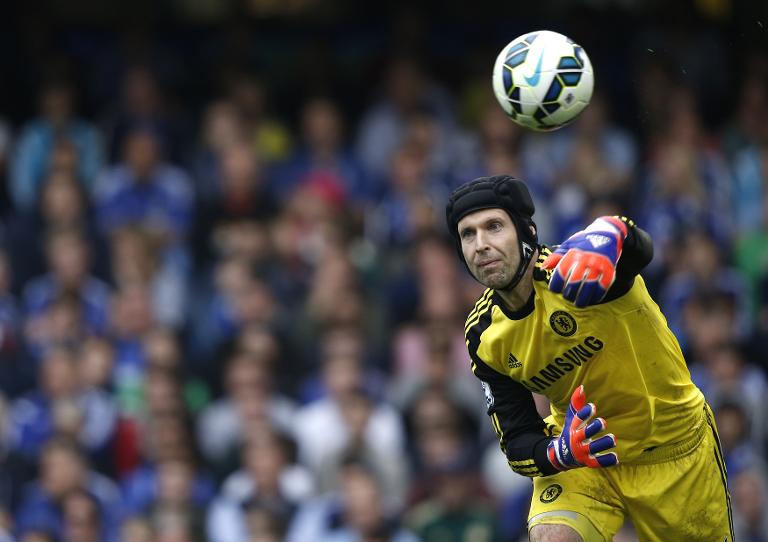 Petr Cech will save Arsenal “12 to 15 points a season” if he joins from English champions Chelsea, according to Blues skipper John Terry.

The Gunners have long been reported as eyeing a deal to bring Cech across London from their Premier League rivals, with the goalkeeper now playing understudy to Thibault Courtois at Stamford Bridge.

But there is no denying the contribution Cech has made to Chelsea’s success since his arrival from Rennes in 2004 and club captain Terry believes the 33-year-old still has plenty to offer in top-flight football.

Terry, in an interview with Britain’s talkSPORT radio from China, where the Chelsea centre-half is on a promotional tour, said of Cech: “I am sure if he does leave the club, which nobody wants to see, but we understand he wants to play football, he is going to be sorely missed.

“He will improve whatever side he goes to,” added Terry in an interview broadcast on Monday.

The former England defender added: “There is obviously talk of Arsenal signing Petr and if they do get Pete, that will strengthen them for sure. He will save them 12 to 15 points a season.”

Meanwhile Chelsea are set to be active in the transfer market themselves, amid widespread reports they will soon complete a season-long move for Monaco forward Radamel Falcao, whose temporary stay at Manchester United last season proved unsuccessful.

And Terry said resting on their laurels was not an option for Chelsea.

“To be top of the league the whole way through the season was an exceptional thing to do, but you can’t kind of dwell on that,” he said.

“We have to start concentrating on next season and try to improve on that again.

“When you win the league, you know teams go and spend money to buy the best.”

Meanwhile Terry said he expected Jose Mourinho’s side would face even tougher title challenges next term.

“Manchester City were a little way off this year and will strengthen.

“I feel Arsenal and Manchester United are going to be very strong as well,” he added.

“We all know once you win it, everyone wants to beat you the following year, (so) it will be even harder for us to win the league again.”