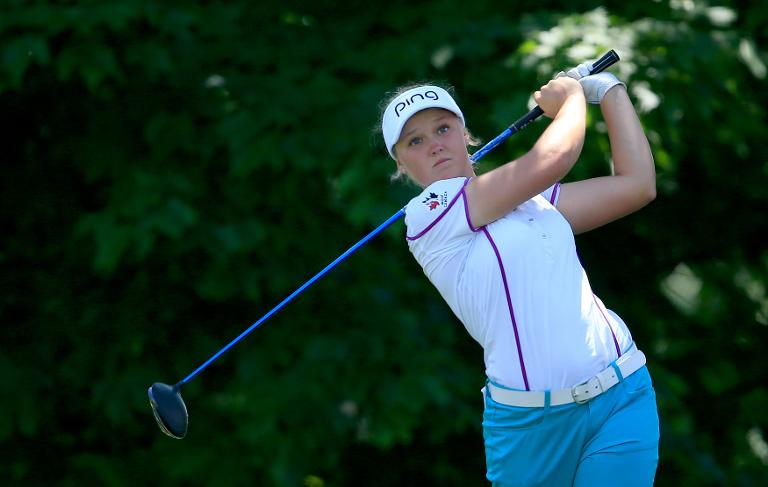 The 17-year-old, who has played in seven LPGA Tour events this season and tied for fifth last week in the Women’s PGA Championship, finished the week at 10-under par 206 for a two-stroke win.

“It’s amazing to win and I’m so thankful that I got the sponsor’s exemption this week,” Henderson said. “I’m very grateful for the win here and I think it will be a big confidence booster moving forward.”

She won’t have to rely on sponsor’s exemptions on the Symetra Tour any longer, however. Her victory was enough to convince LPGA commissioner Mike Whan to waive the minimum age requirement for membership of the tour, a feeder system for the LPGA.

“As a Symetra Tour Member, she will be eligible to earn official money for the purposes of the Symetra Tour Money List and the Volvik Race for the Card,” LPGA Chief Tour Operations Officer Heather Daly-Donofrio said.

The top 10 money winners each season on the Symetra Tour earn automatic membership on the LPGA Tour.

After playing the front nine in one-under, Henderson reeled off three straight birdies starting at the 11th.

She bogeyed the final hole, but that was enough for the win over third-round leader Dottie Ardina of the Philippines, who posted a two-over 74 for 208.