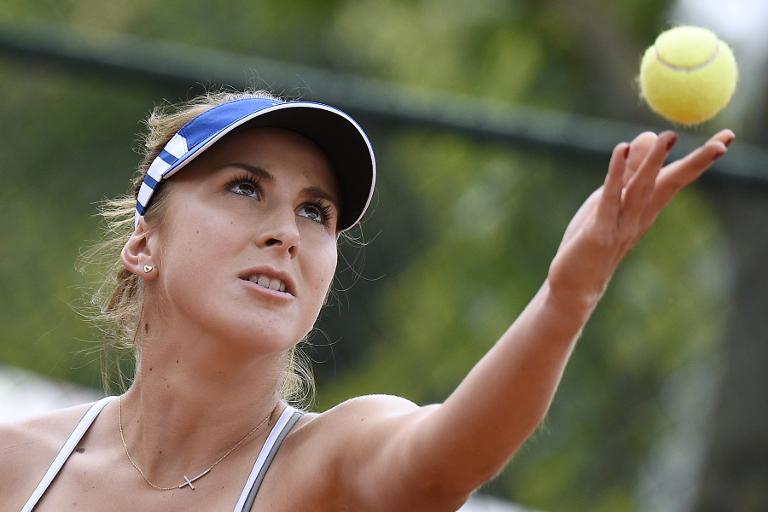 Belinda Bencic booked a place against defending champion Madison Keys at the WTA Eastbourne International on Sunday with a 6-4, 7-6 (9/7) defeat of German Mona Barthel.

Keys, seeded 12th, has yet to duplicate the success she found on the English seaside grass courts a year ago when she won the title over Germany’s Angelique Kerber.

Barthel was plagued by six double-faults, while losing serve on four of five occasions to Swiss teenager Bencic, a first-round loser a year ago.

The woman who beat her in 2014, Eastbourne local Johanna Konta, ranked 139, thrilled her home public at Devonshire Park with a first-round defeat of Kazakh, Zarina Diyas 6-3, 6-2.

“Every first round is tough,” said Konta, after winning her first career match at the tournament.

“There is no easy match but I was happy I could go out there and give my best and I was fortunate enough to come out on top.”

Konta will face fourth-seeded former champion Ekaterina Makarova in the second round.