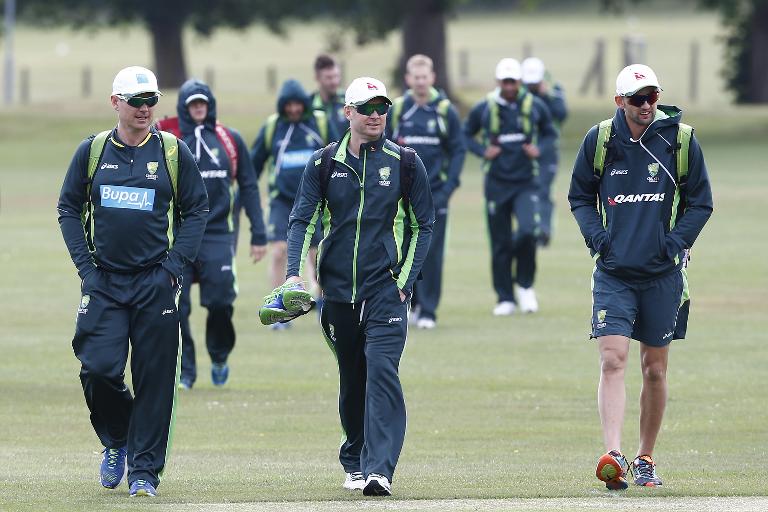 Australia captain Michael Clarke has insisted his side “won’t overstep the mark” when it comes to the vexed question of ‘sledging’ during the upcoming Ashes series.

England and New Zealand have just completed an enthralling Test and one-day international campaign where both sides have shown it is possible to play bold and aggressive cricket without resorting to ‘sledging’ — verbal abuse of opposition players.

New Zealand, who’ve long given up on ‘sledging’, have been widely praised in particular for the way they’ve conducted themselves under the captaincy of Brendon McCullum.

However, there are fears that things could get out of hand when the latest edition of international cricket’s oldest rivalry starts with the first Test between England and Australia in Cardiff commencing on July 8.

During Australia’s 5-0 home Ashes triumph in 2013/14, there were several unsavoury incidents, notably when Clarke told England tailender James Anderson to “get ready for a broken fucking arm” during the first Test in Brisbane.

However, Clarke, in his first formal press conference of Australia’s tour, was adamant the ‘verbals’ would remain within bounds.

“I’m confident the series will be played in the right spirit,” Clarke told reporters at Merchant Taylors’ School, north of London, on Sunday. “Both teams will play hard.

“I know I probably say this every series — but we respect there’s a line you can’t cross.

“Both teams might ‘head-butt’ that line, but I’m confident we won’t overstep the mark.”

As far as many of their opponents are concerned the ‘line’ only becomes visible for Australia when someone says something that one of their players takes exception to, although Clarke subsequently labelled his threat to Anderson as a “regrettable moment”.

However, Clarke added on Sunday that Australia had no plans to abandon their usual style in the field.

“I think that’s how we play our best,” Clarke said. “I think it’s a big part of the Australian way, but I think you also need to keep in mind there’s a line and not overstep that.

“As captain, I’ll make sure I lead the way on that front, and I’m sure the boys will certainly follow.”

Australia have arrived in England with Steven Smith, Clarke’s vice-captain, in superb form with the bat.

He is out in front at the top of the world Test batting rankings, having made 199 during a 277-run win over the West Indies in Jamaica earlier this month.

Smith now boasts an exceptional Test average of more than 56, but former England off-spinner Graeme Swann has questioned whether his unorthodox technique can succeed during the Ashes if the ball swings.

However, Clarke said: “I reckon Swanny’s a beauty — I always liked him; I loved playing cricket against him.

“I’m sure he’s probably just trying to get under the skin of a few of the players.

“We’ll find out in five Test matches’ time if Steve Smith’s good enough to have success over here.”

The 34-year-old Clarke, one of the outstanding batsmen of his generation, was involved in all three of those losing campaigns and while Australia will start favourites to retain the Ashes, largely on the strength of their pace attack, their captain said his side had a hard task ahead of them.

“Look at our record over the last 10-15 years (in England) — it’s certainly not what we’d like as an Australian team.

“But there’s good reasons for that… England are very tough to beat at home.

“The fact that we haven’t had much success in this country, I think that’s a real driving force and makes you really hungry.”