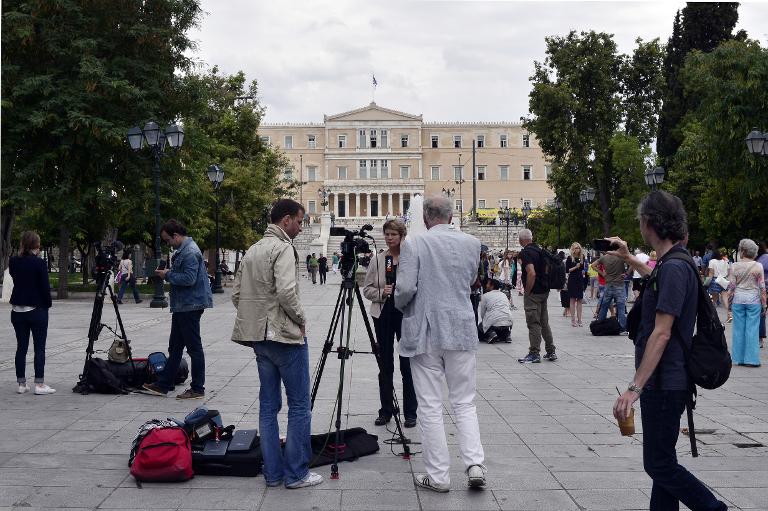 Greece’s main stock exchange rocketed nine percent at the close Monday on optimism that the country was near a deal with its creditors to release vital bailout funds.

The Athex Composite Index surged 9.00 percent to end the day at 749.17 points compared with Friday’s close.

Optimism rose after Eurogroup head Jeroen Dijsselbloem said the Greek government’s new proposals to its EU-IMF creditors represent an “opportunity” for a bailout deal this week,

“It is a welcome step and a step in a positive direction, so I think it is also an opportunity to get that deal later this week and that is what we will work for”, Dijsselbloem told reporters after a meeting of eurozone finance ministers in Brussels.

But he added that because the reforms had arrived from Athens overnight there was “very little time” for the ministers to fully examine them ahead of a summit of eurozone leaders later Monday, and that the Eurogroup will have another meeting later this week “to hear the final outcome of talks with Greek authorities.”