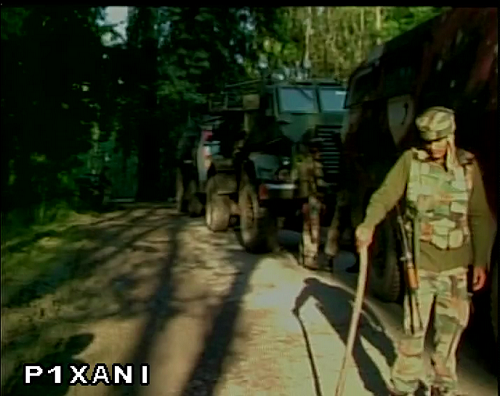 Srinagar:Â  An encounter took place between the security forces and militants in the Kulgam district of south Kashmir on Sunday.

Acting on a tip-off about the presence of militants in Redwani Bala village of the district, a joint team of the police and the army launched a search operation, police said.

The security forces were conducting the search operation, when the militants who were holed up inside a building opened fired on them, the police added.

The firing was going on when the last reports came in, the police said, adding no casualties have been reported so far.