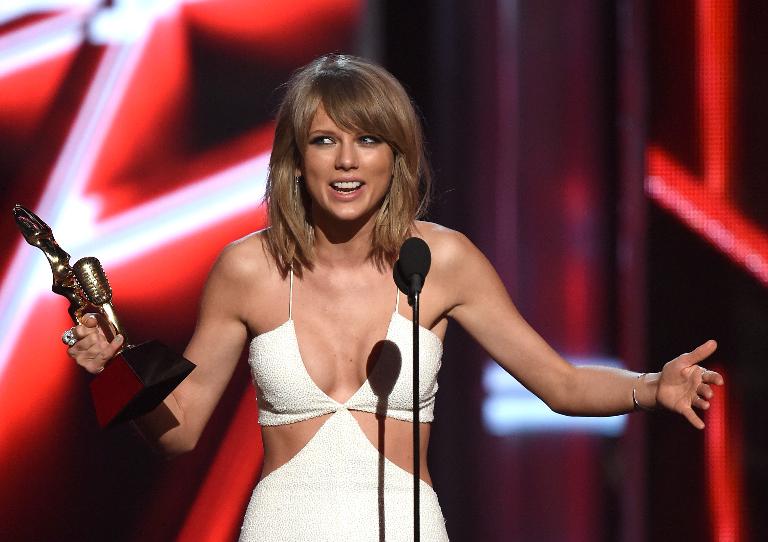 Tech giant Apple has bowed to pressure from pop superstar Taylor Swift and raised payments to artists for its forthcoming music streaming service.

The about-face by one of the world’s most powerful companies showed the extraordinary influence of the 25-year-old Swift, who had vowed a partial boycott of the new Apple Music service.

Swift, saying that she was speaking up for artists afraid of upsetting Apple, had called the company’s behavior “shocking” over its earlier plan not to pay for streams during customers’ initial three-month free trial.

Eddy Cue, Apple’s senior vice president of Internet software and services, said late Sunday that the company had shifted course and would compensate for streams in all stages.

Apple music “will pay artist(s) for streaming, even during (customers’) free trial period,” he wrote on Twitter.

Cue separately told industry journal Billboard that he telephoned Swift, who is in Amsterdam on her tour, after receiving approval from Apple CEO Tim Cook.

He insisted that Apple never intended to avoid compensation and had heard plenty of concern from others besides Swift, although he was moved to action after she went public.

Apple, which revolutionized the music industry through digital downloads with iTunes, on June 30 launches its new streaming platform as customers quickly shift to such on-demand, unlimited Internet catalogs.

Swift has been an outspoken critic of streaming leader Spotify, last year pulling her entire catalog as she charged that the Swedish company compensates artists too little.

Swift early Sunday said that she would refuse to allow her latest album “1989” — by far the best-selling US album in the past year — to stream on Apple Music due to the lack of payment during the trial.

“I find it to be shocking, disappointing and completely unlike this historically progressive and generous company,” Swift wrote in a posting on Tumblr.

“These are not the complaints of a spoiled, petulant child. These are the echoed sentiments of every artist, writer and producer in my social circles who are afraid to speak up publicly because we admire and respect Apple so much,” Swift wrote.

Swift said that her move was in part “about the young songwriter who just got his or her first cut and thought that the royalties from that would get them out of debt.”

After Apple’s reversal, Swift wrote on Twitter: “I am elated and relieved. Thank you for your words of support today. They listened to us.”

Apple has not gone public with details on the payout structure, but is known to have been involved in intense negotiations with major record labels.

Prosecutors in New York and the neighboring state of Connecticut have started an initial probe on whether major labels are colluding with Apple to stop licensing content to rivals.

Spotify has been especially controversial with artists as it offers a free tier, even beyond a trial period, for customers who are not bothered by advertisements.

Spotify says that it nonetheless pays back artists and has given out $3 billion in royalties since the Swedish company’s launch in 2008.

Apple plans to charge $9.99 a month after the three-month trial.

Other rivals in streaming include Deezer, Rhapsody, Rdio, Google Play and Tidal, which is spearheaded by rap mogul Jay-Z with a professed mission to support artists.