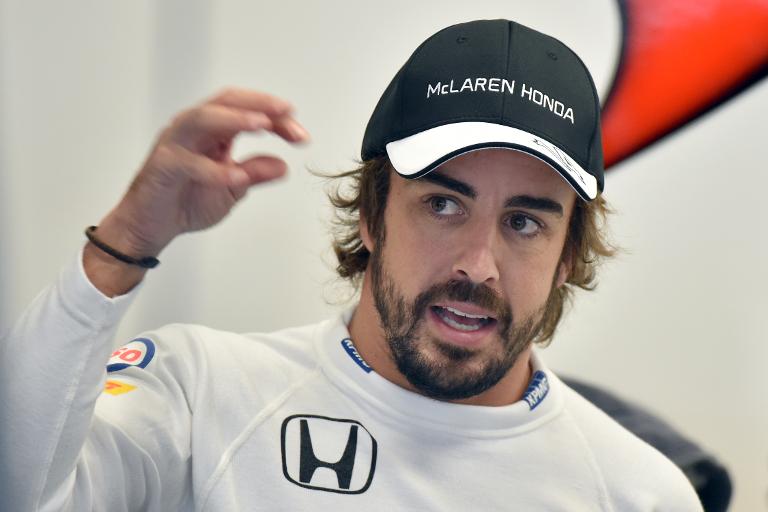 Fernando Alonso admitted he was scared and then relieved on Sunday when he collided with Kimi Raikkonen on the opening lap of the Austrian Grand Prix.

The two-time champion, in his McLaren, said he could not avoid hitting the Finn’s Ferrari as he approached him at the approach to the high-speed second corner at the Red Bull Ring in the Styrian Alps.

“It was a very strange incident because he lost the car in fifth gear or something like that,” said Alonso. “Obviously, it was quite scary for me.

“The car was moving left, right, left, right, with a lot of wheel-spin. We were overtaking him left and right – all the cars – and then he lost the car on the left, and I was on the left at that point, and we crashed.

“I could not see anything because with the seat position I was looking only at the sky and then I looked in the mirror and when I stopped I saw the car under my car.

“I jumped out quickly and checked that he was ok – I tried to do it as quickly as possible, to see if he was okay. Then, I saw him removing the steering wheel so I was relieved. I knew he was ok.”

Raikkonen, the 2007 champion, said: “I don’t know what happenedâ€¦ I got some wheel-spin and it was a bit unusual. It’s hard to say. It is what it is – a pretty poor weekend, but that’s how it goes.”

Both drivers escaped injury and walked away from the wreckage.

They both went to the circuit medical centre for precautionary checks while the race stewards investigated the accident. After the race, they announced that neither of the drivers was to blame, and no further action was taken.

For Alonso, running in the struggling McLaren team’s heavily updated car and with a new engine and gearbox, it was a fourth successive retirement, the worst run of his career.

He previously suffered three retirements in a row in his debut season with Minardi in 2001.

Alonso’s McLaren team-mate Jenson Button, champion in 2009, saw the accident unfold before he retired his Honda-powered car after only nine laps.