All bad to Indian cricket happens because of me: Dhoni | Newsmobile
Tuesday, June 28, 2022

Home Sports All bad to Indian cricket happens because of me: Dhoni 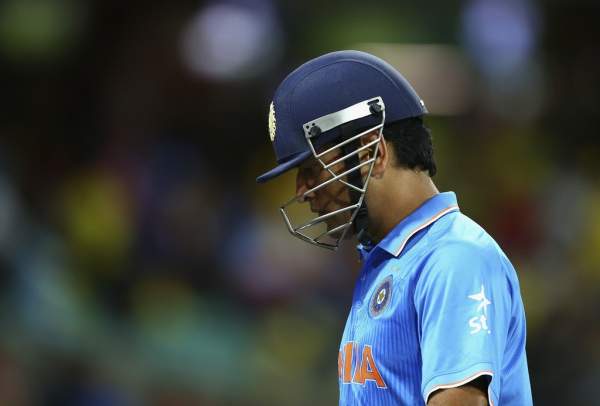 Mirpur: The Indian team being humiliated by Bangladesh hasnâ€™t gone down too well with the fans, and itâ€™s natural that boys arenâ€™t enjoying the unwanted attention either.

In fact, MS Dhoni, whoâ€™s always been known for his calm demeanour, isnâ€™t as cool as he used to be. This was evident in the shovegate incident, even though many argue that it wasnâ€™t the Indian skipper who was at fault. Now, irked by the Indian teamâ€™s failure and stinkers directed at him, the under-fire India captain in a sarcastic tone said that if his removal from captaincy can help Indian cricket move in right direction then he is game for it.

“I am always the one who is responsible for anything bad that happens in Indian cricket. Everything that happens is because of me. Even the Bangladesh media is smiling,” Dhoni gave a tongue-in-cheek reply to a question at the post-match press conference after India suffered the ignominy of their first ever series defeat against Bangladesh.

“I am really enjoying my cricket. But when the earlier question was asked, I knew this question one was coming. These questions always keep popping. The media loves me. If you remove me and the Indian cricket will start doing well, and if I am the reason for all the bad that’s happening to Indian cricket, definitely I would love to step away and play as a player.â€

“It doesn’t really matter, who is the captain because I was never really in line to become the captain. It was a job or responsibility for me. They want to take it away from me, I am fine,” he said.