Home Science & Tech With revamped app, news to be at core of Apple 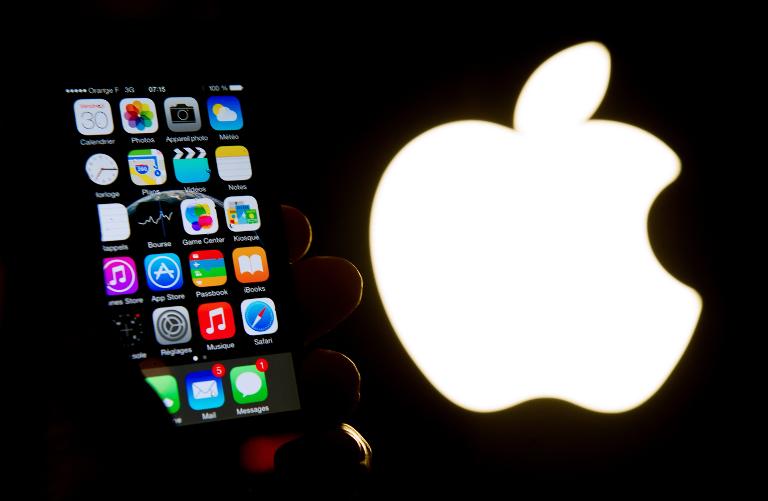 Apple is diving deeper into the news business with a new application that could make the US tech giant a key industry player.

Apple News, part of the upcoming iOS 9 operating system, aims to be the primary news source for users of the iPhone and iPad — likely at the expense of sources such as Facebook, Google and news apps such as Flipboard.

In a surprising move, Apple has unveiled it will be hiring experienced journalists to manage its news feeds — marking a departure from the algorithmic process used by rivals.

“Apple is eager to have news created by human beings and not algorithms — it fits in with the brand statement Apple has been making,” said Judd Slivka, a professor of mobile journalism at the University of Missouri.

“The expectation is they will put together a smart team that works well broadly across news and specific content areas.”

Although Apple has offered few specifics on its plans, the company’s jobs listing page said it is “looking for passionate, knowledgeable editors to help identify and deliver the best in breaking national, global, and local news.”

The page said the editors should have “great instincts for breaking news, but be equally able to recognize original, compelling stories unlikely to be identified by algorithms.”

This marks a distinction from rivals such as Facebook, which is crafting formulas that aim to deliver articles users want based on their Web habits, demographics and interests.

Although Apple is likely to use some algorithms to filter stories, the hiring of experienced journalists is a positive step, said Dan Kennedy, a journalism professor at Northeastern University.

“A lot of people don’t want to be fed news that a robot has decided interests them,” Kennedy told AFP.

“Especially if you don’t have any say how the robot makes that decision. The Facebook algorithm is highly mysterious, and people are starting to resent that.”

Kennedy said it is “encouraging that this is moving journalism to the center of Apple’s universe.”

But he remains cautious about technology companies increasingly becoming gatekeepers for news.

“I’m not crazy about the idea of shifting news to huge corporations like Apple and Facebook that have their own agendas,” he said.

Apple says its news app “follows over a million topics and pulls relevant stories based on your specific interests.”

Partner news organizations include Conde Nast magazines, ESPN, The New York Times, Hearst, Time Inc., CNN and Bloomberg, but Apple will be opening to other publishers and bloggers.

Joshua Benton of the Nieman Journalism Lab said the app will be important because “though the awesome power of default, Apple distribution puts it in an entirely other league. This app will be on hundreds of millions of devices within 24 hours of its debut.”

Benton said it could help news organizations struggling to raise ad revenues, with Apple allowing them to keep 100 percent of money from ads they sell and 70 percent from what Apple’s iAd platform sells.

Rob Enderle, a Silicon Valley analyst at Enderle Group, said Apple is following a formula it has used in other areas, aiming for tight control of content to assure quality — and shutting potential rivals out.

Enderle said Apple prefers to have its own application on its devices to give iPhone and iPad users easy access without turning to third parties such as Google or Facebook.

He said that when rumors surfaced that Google was interested in buying Flipboard, this spurred Apple to act.

“They didn’t want Google to own a news device used by so many Apple users,” Enderle said.

As a major media player, Apple will need to deal with conflicts of interest such as managing news that is unflattering to the company or which promotes rivals, analysts say.

Kennedy said that like other media owners, Apple will realize “that it would be a public relations fiasco if they did try to manipulate the news in their favor.”

Enderle said Apple understands the need to keep its hands off the editorial process.

“If it’s a core app and people don’t like it, that would hurt the iPad,” he said.